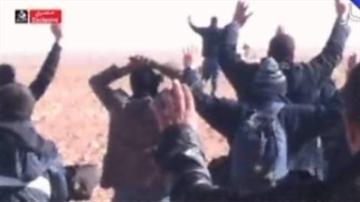 The hostage situation in Algeria has come to an end.

A raid by Algerian special forces helped bring an end to the crisis, but it left dozens of people dead, including hostages and Islamic militants. The Algerian army recaptured the BP run facility, but not before the terrorists apparently executed the remaining seven hostages.

During the siege, 23 hostages died. Two Americans remain unaccounted for and a third has been killed. Survivors said the attackers focused only on Americans and Westerners, including many British workers.

The good news was that most of the nearly 100 western workers were freed or escaped. Algerian TV aired what it said was home video taken by one hostage as a group of them made their escape across the desert.

"We barricade together in one of the offices, we lock the door, we put desk on door," said survivor, Iaochim George.

"The guys who picked us, the rescue guys who had been in In Amenas were wonderful. They were like long lost friends," said Oliver Tomldeer, another survivor.

The Algerian military said it killed at least 32 of the terrorists.