All eyes on Trump-Pence administration from here 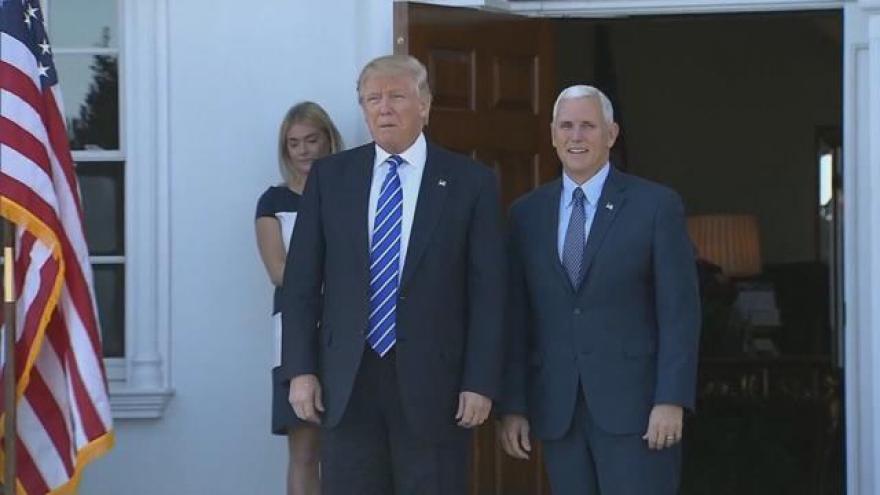 Once inauguration has ended, all eyes will be on a Trump-Pence administration to see what they can accomplish and which promises they can keep. A great deal of that focus will be on Vice President Pence to see how he approaches being second in command.

"This election made it clear how important the Midwest is,” said Elizabeth Bennion, a Political Science Professor at IUSB.

And former Indiana Governor Mike Pence's rise to the White House is clear proof of that.

"To the extent that he is known both in Indiana and nationwide, he was known as a stalwart, social conservative within the congress, and that's a group that the president will need,” said Bennion.

The Pences will soon call the Vice President's mansion at the U.S. Naval Observatory here in D.C home, but Bennion says the former Governor's experience as a Midwest leader could be invaluable to New York born-and-bred President Donald Trump.

"To the extent that he respects Mike Pence and Mike Pence is able to advise him to do something that he might not initially think of himself, that would really make Mike Pence incredibly powerful in shaping the administration and in shaping public policy moving forward,” said Bennion.

Pence and Trump often seem to balance each other out politically and emotionally, but Bennion says Pence's track record in Indiana, specifically when he lobbied for the 'Healthy Indiana' plan over Obamacare and attempted barring Syrian refugees from resettling in the Hoosier state, shows a similarity to Trump's leadership style.

"He really will stick by his guns for as long as possible to push and push and push until there's no other way…that actually seems to me to be similar to Donald Trump,” said Bennion.

Vice President Pence will be President Trump's voice on Capitol Hill, selling the plan of his real estate mogul boss who covets the art of the deal.

"That does set Mike Pence up to be, potentially, even more powerful than Dick Cheney and, perhaps, the most powerful vice president in history,” said Bennion.