All eyes on weekend snowstorm; will it impact Michiana? 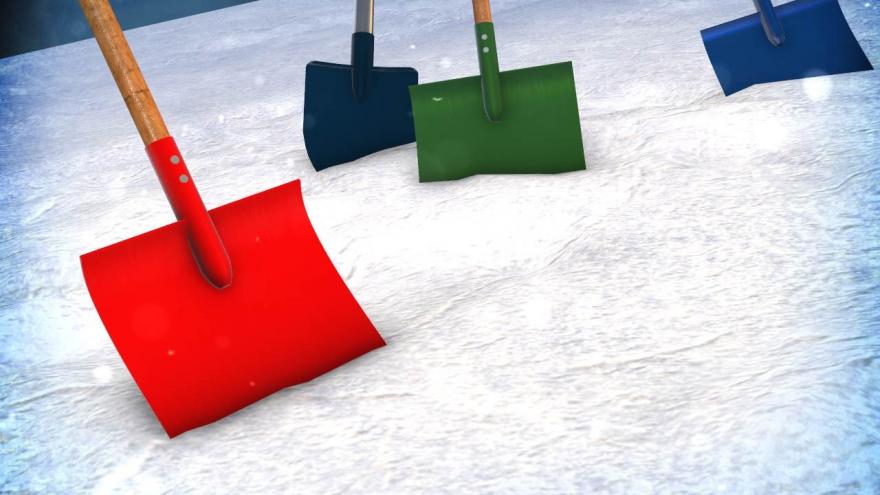 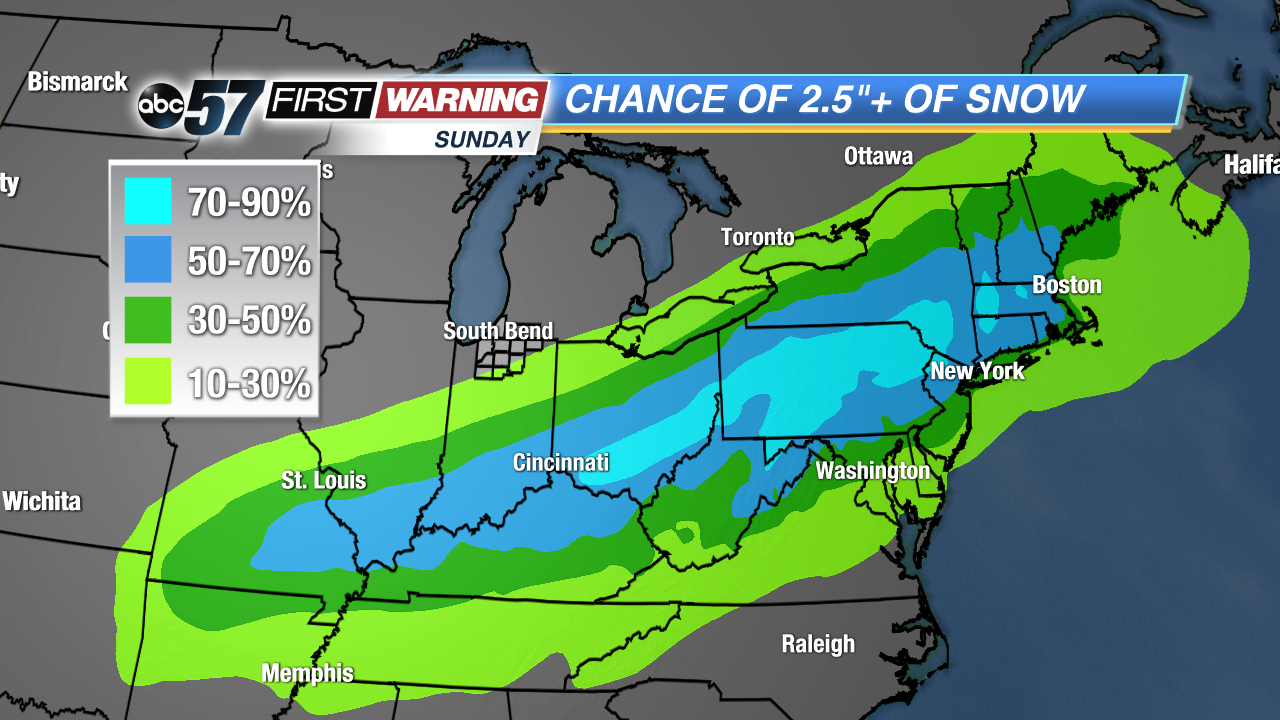 Probability of at least 2.5" of snow/sleet. Probability of at least 2.5
As the saying goes, March will indeed come in like a lion for millions this year. Not only because of the exceptional cold on the way, but because of the significant snow event set to unfold from Colorado to Maine. Confidence is very high for heavy snow this weekend. Confidence in the exact placement of the heaviest snow is good, but not overwhelming. That will change as the event gets closer and forecast models begin to come into better agreement. 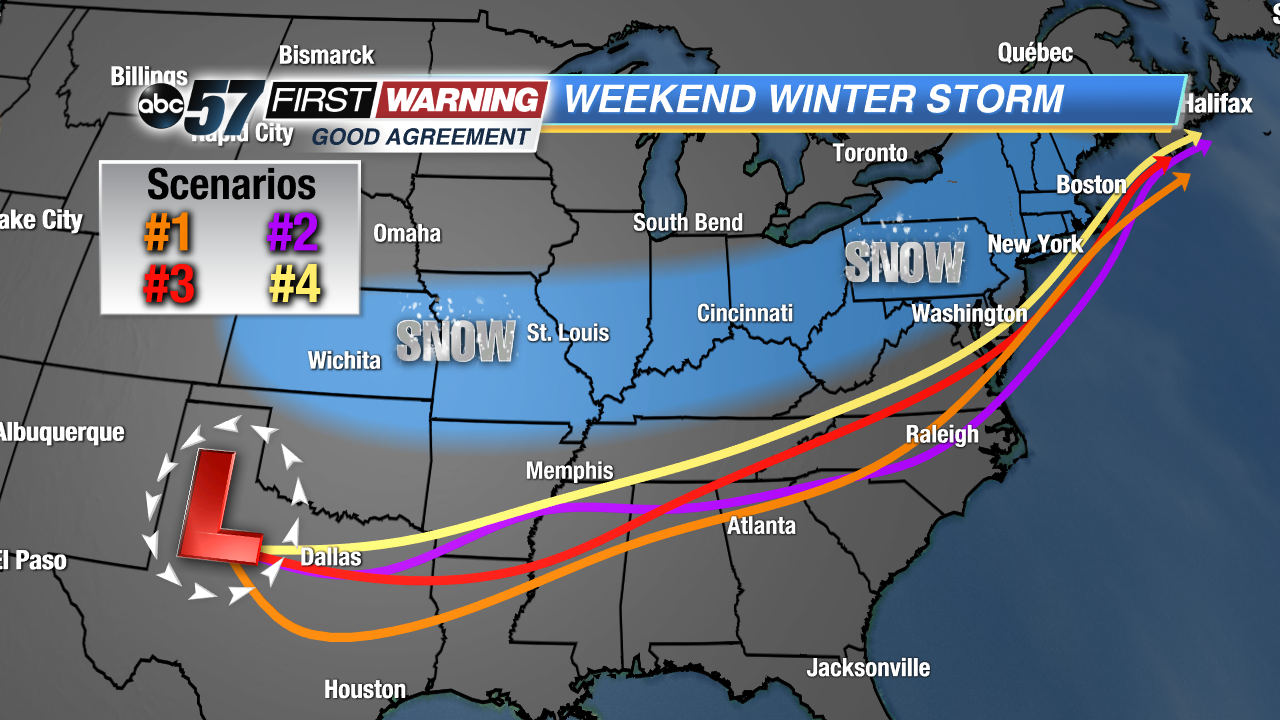 Potential paths for this weekend's low pressure system.
Despite there being some small differences among the different models, we can still highlight an area most likely to see medium to high impacts from snowfall. Fortunately, that area does not include Michiana at this time. We can thank a huge area of arctic high pressure edging south from Canada for that. That high will keep most of this weekend's snow to our south as it sends very dry and cold air toward the Great Lakes. 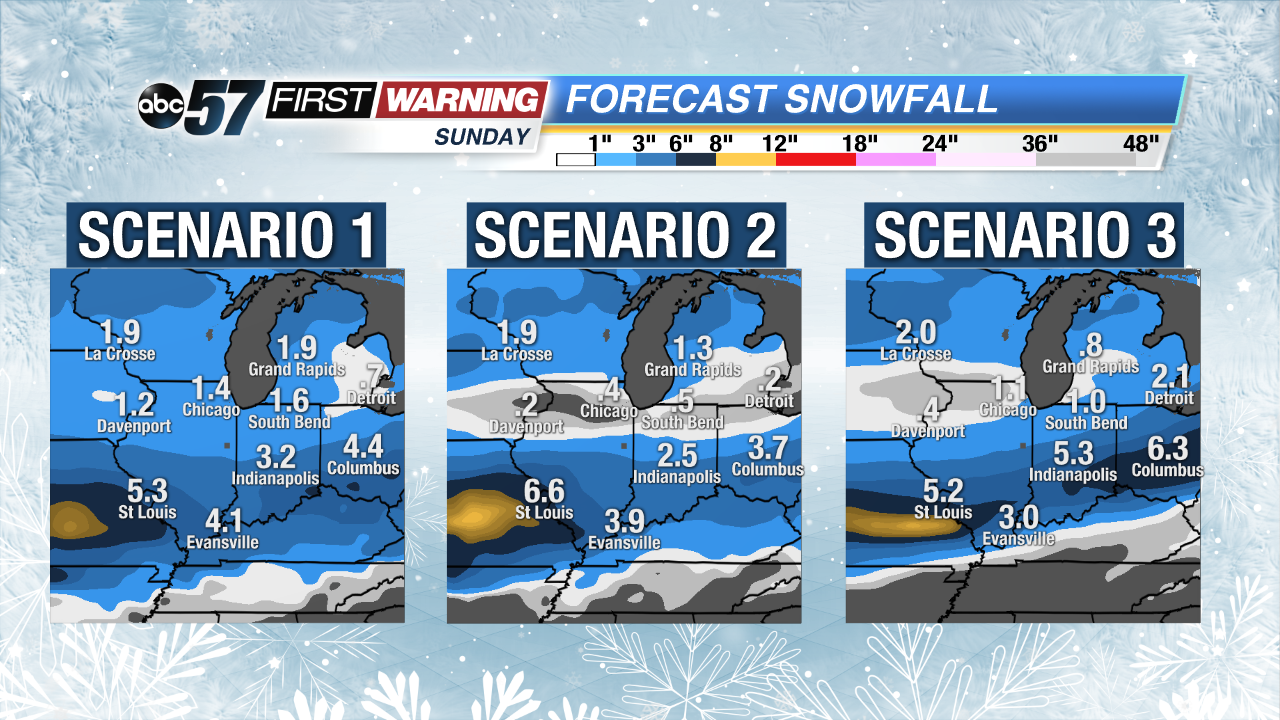 Three potential snowfall accumulation outcomes by Sunday night.
As of Thursday afternoon, locations along and near I-70 have the highest chance of seeing substantial snowfall. That includes:

Impactful snow is expected upwards of 100 miles north and south of the I-70 corridor. While not as impressive, these locations could see shovel-able snow by Sunday:
•Paducah, Springfield, Ill., Evansville, Louisville, Lexington, Cleveland

Notice that neither list has cities like Chicago, Fort Wayne, Toledo, or Detroit on it. Travel to and from locations north of U.S. 24 is not expected to be impacted much, if at all. If you're traveling southward, things will be dicey. 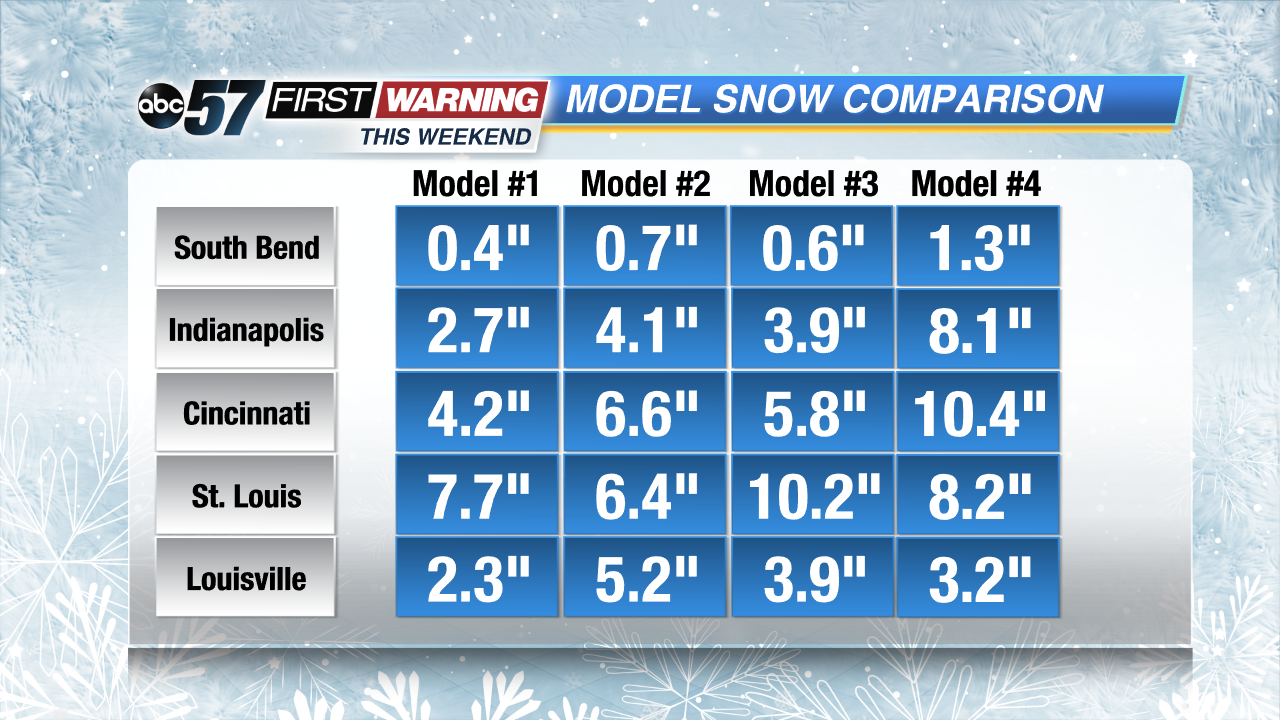 For Michiana, totals will likely stay below one inch. If someone south of U.S. 30 squeezed out 1-2", it wouldn't be shocking, but the likelihood of more than an inch is very low as looks now. While we may be dodging the snowstorm, we will not be dodging the big-time cold set to invade the Great Lakes and Midwest by Sunday night. Expect temperatures to be way below where they should be Sunday thru Wednesday. Records will be threatened and broke. Wind chills will drop below zero Monday morning thru Wednesday morning. Thankfully, a milder pattern looks like it'll set up by mid-month!
Share this article: