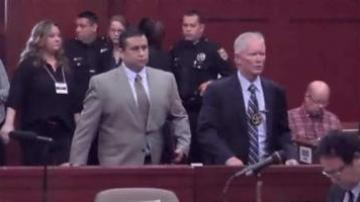 SANFORD, Fla. — The jury for the man accused of shooting and killing an unarmed teenager in Florida has finally been seated.

After nine days of jury selection, the attorneys in the Trayvon Martin murder case have finally settled on six jurors and all of them are women.

A judge seated them around 3 p.m. on Thursday.

The defendant George Zimmerman is charged with second degree murder for killing Martin in February 2012. Zimmerman says he shot Martin in self-defense.

"We have six jurors who have told us that they will be fair, they will be impartial and most importantly because I said this to you last week, that they're not going to allow any external pressures, sympathies, biases, political expediencies to affect the way they're going to look at the evidence and apply the law to it," said Zimmerman's attorney Mark O'Mara.

Opening statements are set for Monday.