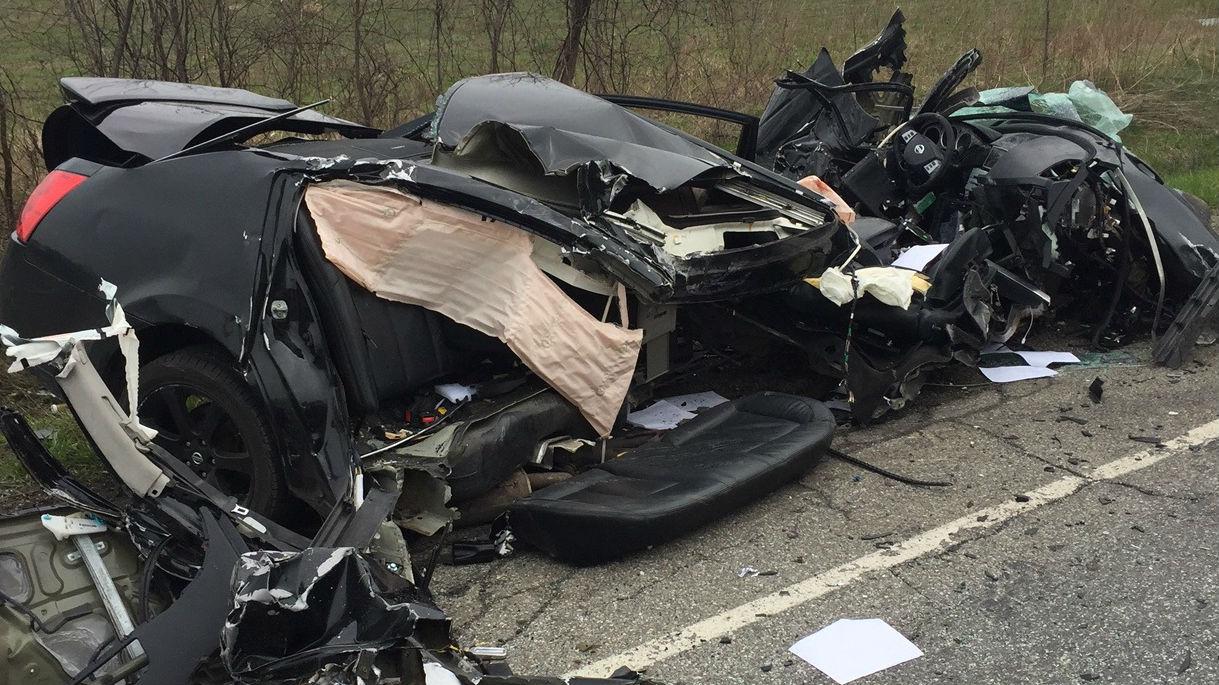 Deputies responded to the scene just west of Fail Road around 5:03 a.m.

Police say they were notified of a reckless driving vehicle that was traveling east on U.S. 20.

Police say they were told that the vehicle disregarded the traffic light at the intersection of U.S. 20 and U.S. 35.

A short time later, officers were dispatched to a multi-vehicle crash on U.S. 20.

When officers arrived, they saw that one of the vehicles involved in the crash matched the description of the previously reported reckless driving vehicle.

The driver of that car, a Nissan Maxima, was identified as 33-year-old Gary Moorman from Rolling Prairie, Indiana.

Police say the Nissan Maxima collided with a westbound United States Postal Service truck that was being delivered and was one of seven that was traveling in a caravan heading westbound on US 20.

A second postal vehicle was involved was forced off of the roadway into a field. A third postal truck was struck and damaged.

None of the USPS vehicles were carrying mail.

The drivers of the postal trucks were not transported to the hospital but had minor complaints of pain.

Moorman’s vehicle was destroyed in the crash and firefighters had to extricate him from the vehicle.

Moorman was flown by Med Flight to Memorial Hospital in South Bend with critical injuries, according to police.

Police say a blood test determined that Moorman’s blood alcohol level was .27% which is higher than the Indiana state limit of .08%.

A second crash occurred at the scene as what police say was a direct result of the first crash.

23-year-old Marc Miller of Griffith, Indiana was traveling east on U.S. 20 when he was passed by the Nissan Maxima just before to the collision with the USPS vehicle.

As the two vehicles collided, Marc Miller took evasion action to avoid the crash, ran off of the south side of U.S. 20 and struck a utility pole. Marc Miller and his passenger were not injured and were wearing seat belts.

The Sheriff’s Fatal Alcohol Crash Team responded to the scene and will be reconstructing the crash.

Alcohol and reckless driving are listed as a cause of the crash which remains under investigation.