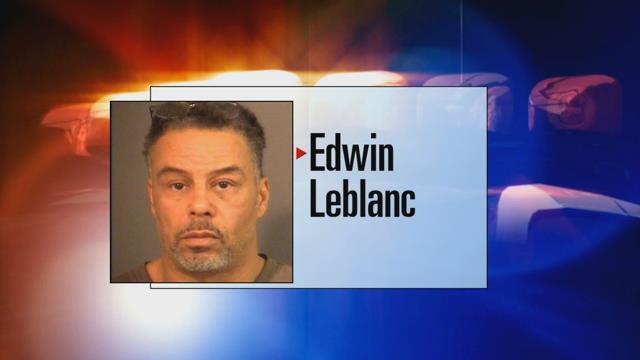 A Michiana man who has been in and out of jail for years is back behind bars. He's accused of attacking a woman he didn't even know.

Edwin Leblanc, 51, faces one count of robbery with serious bodily injury and one count of battery. He pleaded not guilty Monday.

This isn't his first time facing such charges. Leblanc has been booked 5 times in Elkhart County for battery. He's also been arrested for theft. Now he faces similar charges in St. Joseph County.

According to court documents, the alleged victim, Catherine White, received threatening messages from Leblanc after purchasing a vehicle from a private owner.

Leblanc claimed the car was his, even though there is no record of one registered in his name.

On the 20th, a witness inside the home said Leblanc showed up to White's door, forced his way in, beat her, then took the car keys and drove away. She suffered broken ribs and a punctured lung.

But since Leblanc had done this many times before, the question is why he was able to do this in the first place. A legal expert takes issue.

"Maybe it's happening for a reason," said Catherine White, the alleged victim. "Maybe it saved the next person because they got him this time. Maybe the next person would have been a girlfriend."

Legal experts say cases like Leblanc's highlight a big flaw in the bond system in our courts. If you have the money, you can get out. If you do not, you have to wait.

And that allows dangerous people to continue their behavior.