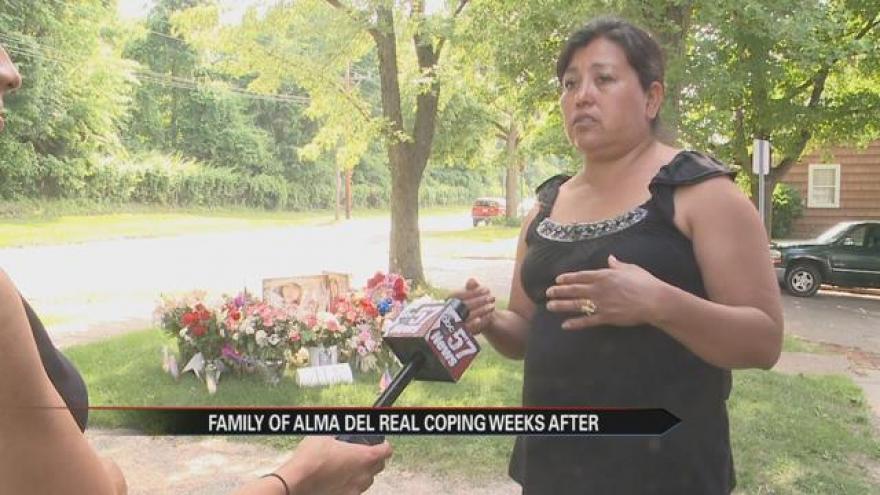 SOUTH BEND, Ind. - On Thursday evening a mother was finally able to say good bye to her daughter. Due to a pending visa Alma del Real's mother Migdelina del Real was unable to attend her daughter's funeral on Sunday. Migdelina arrived in South Bend on Tuesday and did attend a vigil held in Alma's honor by the On Site Prayer Ministry.

The group did not know Alma but gathered to support the family during the devastating time. The family says community events like the vigil remind them of all the love Alma attracted.

Migdelina says it took weeks for her visa to be approved from the department of immigration and the delay prevented her from participating in search parties and from attending her daughter's funeral.

Migdelina says losing a child is hard but adding the stress of waiting for the immigration department took something away from her that she will never be able to get back.

“Due to the circumstances they didn't let me see it (Alma's body') and I feel like it's not her I can't accept it. In the condition that she was in I still wanted to see her. I wanted to see it, but I couldn't,” says Migdelina.

Migdelina says she has to find the strength to move forward but right now it is just too hard. She adds that she had a close relationship to her daughter even though they live in two different countries.

“I can learn a lot from her. She was a very strong girl and despite all the circumstance she was always going forward and was a very positive person with a smile on her face and I don't think she would like to see me like this,” says Migdelina.

The del Real family is thankful for all the support and prayers they have received from the community.