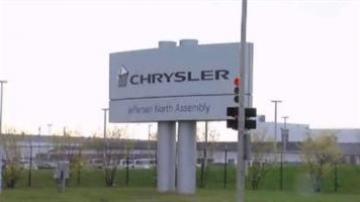 Keith Readus died after he was stabbed at the Jefferson North Assembly plant. And police say the suspect was found in his car from a self-inflicted gunshot.

Police believe the two men were fighting about a woman in a suspected love triangle.

But the members told the Detroit ABC station that the victim's family does not believe that the altercation had anything to do with supposed "love triangle."