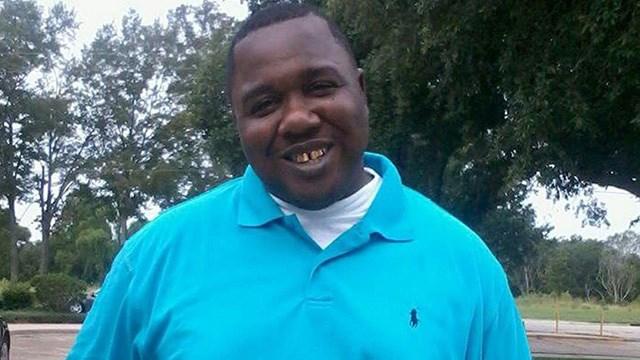 (CNN) -- A day after a video captured white officers pinning down and shooting a black man outside a convenience store in Baton Rouge, Louisiana, federal authorities are investigating the case.

Alton Sterling, 37, is dead. The U.S. Justice Department's Civil Rights Division is leading an investigation into what happened. And the president of the NAACP's local branch is calling for the city's police chief and mayor to resign.

Tensions are running high as officials vow to be transparent about how they handle the controversial case. Here's the latest on what we know:

• The officers involved in Tuesday's shooting -- Blane Salamoni and Howie Lake II -- have been placed on administrative leave.

• The U.S. attorney's office in Baton Rouge, the FBI and state police also will be involved in the investigation, Gov. John Bel Edwards said.

• "I don't plan on resigning," police Chief Carl Dabadie Jr. said in response to calls for him to step down. "We have done a lot of good in this community. We have worked very hard in this community. Do we have an issue right now? Yes. But we are working right now to bring the truth out."

• The chief vowed authorities would conduct a transparent and independent investigation. "Like you, there is a lot that we do not understand, and at this point, like you, I am demanding answers," Dabadie said. "Like you all, my prayers are with this community, and especially with the family and loved ones of Mr. Sterling, and all the members of the Baton Rouge Police Department."

• Mayor Melvin "Kip" Holden defended his city's response to Sterling's death, noting that officials had been discussing the importance of conducting an independent investigation from the outset. "It's not like we need to be hand-held and spoon-fed when it comes to doing what's right," Holden said. The mayor described Baton Rouge as an "inclusive community" with top-ranked police, fire and emergency medical services. "We have a wound right now, but we'll be healing, and making this city and parish whole again," he said.

• Authorities urged people to be peaceful if they protest the shooting.

A graphic cell phone video of the shooting, apparently recorded by a witness inside a nearby car, was shared widely on social media. It quickly sparked local protests and drew national attention.

Police say they came to the scene after an anonymous 911 caller reported a man threatening him with a gun.

Accounts of what happened next depend on whom you ask.

"I think that the city is going to have to give us some good answers," Jordan, who is a Louisiana state legislator, told CNN. "And I don't know if they'll be able to."

Sterling's family, he said, has seen the video of the shooting.

"(They) are taking it hard right now ... overwhelmed with grief," he said.

The 48-second video begins with the camera facing a car dashboard. A single pop is heard. Then someone yells, "Get on the ground."

The camera then pans up to two officers confronting a man in a red shirt. The man is Sterling, according to his family's attorney.

An officer pulls him over the hood of a silver car and pins him to the ground. Once he's down, the officer begins to assist a second officer in restraining Sterling.

Seconds later, someone shouts, "He's got a gun."

An officer can be seen drawing something from his waist and pointing it at the man on the ground.

More yelling follows, though it's hard to make out what's being said. Then there are two bangs.

The witnesses inside the car shout and swear. Three more bangs go off. A woman in the car starts crying.

Louisiana Gov. John Bel Edwards called for calm and unity, saying he has "very serious concerns" after watching the video.

"The video is disturbing to say the least," he said.

Officials have not said whether Sterling was armed at the time he was killed.

Are there other videos?

Investigators said they'll review multiple videos of the shooting, and they're canvassing for witnesses.

"If you have any information, we urge you to come forward," the police chief said Wednesday.

The owner of the convenience store where Sterling was killed said he's sure the shooting was caught on his store's surveillance cameras, though he hasn't seen it. Police took the video later Tuesday, he told CNN.

There also is police body camera footage of the shooting of Sterling -- even though the cameras were dislodged -- Baton Rouge police Lt. Johnny Dunham told reporters.

"That footage may not be as good as we hoped for. During the altercation, the body cameras did become dislodged, but they did stay on and (were) active and recording at this time," Dunham said.

Authorities haven't said what those videos or other surveillance footage of the scene show.

Sterling was known as the "CD man," a laid-back guy who would sell tunes and DVDs outside the convenience store where he was shot, according to local media.

"Alton was a respected man. He was beloved in the community. He did not deserve the treatment and this excessive force that was exerted on him by the police department," Jordan, his attorney, told CNN.

Now Sterling's family is "grieving and mourning for an unnecessary loss of life," the attorney said.

"Alton was out there selling CDs, trying to make a living. He was doing it with the permission of the store owner, so he wasn't trespassing or anything like that. He wasn't involved in any criminal conduct," Jordan said.

Abdullah Muflahi, the owner of the Triple S Food Mart, said he saw the officers slam Sterling on a car.

"They told him not to move," he said. "He was asking them what he did wrong."

He said the officers then used a stun gun on Sterling at least once before shooting.

Both got on top of him, and one ordered him not to move, Muflahi said.

The one closest to Sterling's legs yelled "gun," he said, and the shots followed.

After the shooting, Muflahi said an officer reached into Sterling's pocket and pulled out a gun.

Muflahi said he'd known Sterling for six years and never saw a confrontation between Sterling and anyone. Sterling never got into fights, he said. And the store owner said he wasn't aware of any incident Tuesday that would have spurred a 911 call.

"Just five minutes before," Muflahi said, "he walked into the store getting something to drink, joking around, (and we were) calling each other names."

Cause of death: 'Multiple gunshot wounds'

A preliminary autopsy found Sterling's cause of death was from "multiple gunshot wounds to the chest and back," East Baton Rouge Parish Coroner William "Beau" Clark said.

He declined to provide additional details about how many gunshot wounds Sterling sustained.

A full autopsy will be completed over the next 60 to 90 days, Clark said, pending toxicology results.

The results then will be handed over to law enforcement, he said.

Salamoni is a four-year veteran of the department. Lake has been with the force three years.

Both officers work in the uniform patrol division.

'He was handled unjustly'

At a news conference, the president of the NAACP branch in Baton Rouge called for the city's police chief and mayor to resign in the wake of the shooting.

"We're actually here today to speak to the culture of the Baton Rouge Police Department. This incident is only one incident in many," Michael McClanahan told reporters. "What we're going to do is root out the 1% of bad police officers that go around being the judge, the jury and executioner of innocent people, period, but more specifically, innocent black lives."

The officers involved should be held accountable, McClanahan said.

"I'm calling on anybody in this city with any backbone to go and arrest those two officers," he said. "If the system will work for anybody, let it work for them, too."

Quinyetta McMillon, the mother of one of Sterling's children, teared up as she discussed the shooting video. Her 15-year-old son stood beside her, sobbing.

"The individuals involved in his murder took away a man with children who depended upon their daddy on a daily basis. ... As this video has been shared across the world, you will see with your own eyes how he was handled unjustly and killed without regard for the lives that he helped raise," she said.

McMillon vowed to join fellow citizens of Baton Rouge in making sure those responsible are held accountable.

'We ain't running from this'

Protesters took to the streets near where Sterling was killed after news of his death spread.

Members of Sterling's family were among them, Jordan said.

"Pretty much everybody who knows him knows he's a sweet person," his sister, Mignon Chambers, told CNN affiliate WVLA-TV.

"It wasn't right, and something needs to be done."

The protests were largely peaceful, according to local media.

Some streets were shut down, a few individuals spoke and those on the scene mostly played music and chanted.