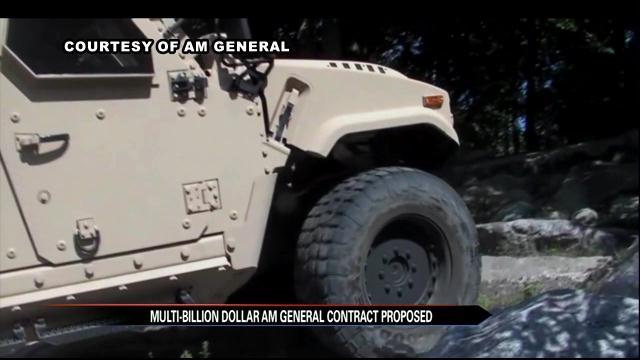 A new final proposal by AM General has been submitted to start building joint light tactical vehicles.

This could mean more jobs for Michiana

The decision on if AM General will be rolling out these vehicles will be made this summer.

They might be making their debut here in Michiana

Jeff Adams the spokesperson for AM General says the decision is to be made sometime this summer.

This deal is worth a lot of money.

Adam's says "The contract is expected to be worth several billion dollars."

According to AM Generals press release BRV-O's are built with a focus on war fighter needs .

Their intent is to give soldiers and marines an advantage.

The CEO of AM General also said in that  press release “ I am proud to personally lead the team in these efforts working with our committed management, engineers and our UAW represented employees.”