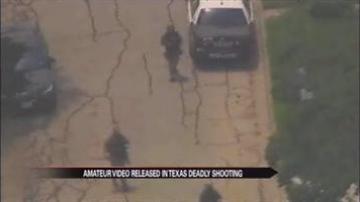 The video shows police ordering the 35-year-old suspect to keep his hands in the air. Police say he shot an officer serving an eviction notice.

By the end of the 30-minute standoff, three people were dead including the gunman and that officer.

Four others are currently recovering from various injuries.