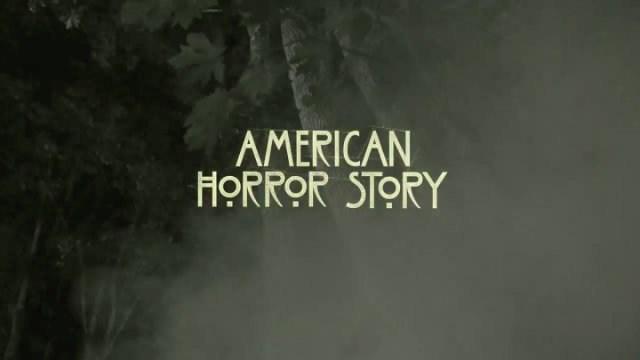 LOS ANGELES (CNN) -- If you think "American Horror Story" has done it all, think again.

Creator Ryan Murphy has announced he plans to combine two of the FX anthology series' previous themes for an upcoming "crossover" season.

"It's not going to be next season, but we're going to do a season that's a crossover between 'Murder House' and 'Coven,' which is very bizarre," Murphy told the crowd at Entertainment Weekly's PopFest Sunday.

The season will feature characters from both installments, he said.

"American Horror Story: Murder House" was the first season of the franchise and starred Connie Britton, Dylan McDermott, and Taissa Farmiga as a family who moved into a home with a dark past.

The New Orleans-set "Coven" was the third season and centered on a coven of Salem witches. It starred Sarah Paulson, Angela Bassett, Kathy Bates, Frances Conroy and Jessica Lange.

Farmiga, Lange, Paulson and Evan Peters were among the actors who appeared in both seasons, but Murphy did not clarify how such a conflict would be handled in the crossover season.

The tricky planning involved in the crossover season will prevent it from being the next installment of the "American Horror Story" franchise, Murphy said.

He has not announced the theme for Season 7 of "American Horror Story."

The series is currently airing Season 6, the theme for which remained a secret until the first episode debuted in September.

Murphy is currently working on casting two upcoming seasons of Emmy-winning "American Crime Story" --- one about Hurricane Katrina and another about the murder of Gianni Versace.

The latter was announced earlier this month.

Murphy said he was motivated to take on the death of the famed designer because he was always "very moved and freaked out" by his killing.

Versace was shot to death on the steps of his Miami home in 1997 by serial killer Andrew Cunanan.

Murphy said the "manhunt season" will focus on how Versace's killer got away with being undetected long enough to kill Versace.

"The tragedy of the Versace murder was that it should not have happened," Murphy said. "[Cunanan] should have been caught by then, but he was not caught because he was targeting gay people and people didn't care."

The Versace season will film in April, while the Katrina installment will begin production in June.

"[It's a] really tragic story and I've always said the thing that makes me cry the most is lost potential or lost possibility," Murphy added. "And I think he was such an amazing force that was taken too soon, for reasons he shouldn't have been. That is a true crime story in America, so we're tackling it."