Amid turmoil, Prince Andrew to step back from royal duties 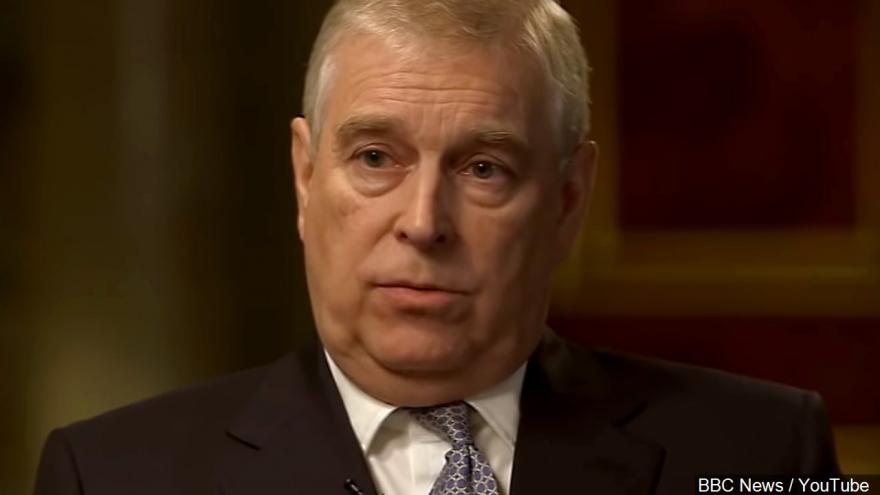 LONDON (AP) — Following days of turmoil that have damaged the British royal family's reputation, Prince Andrew announced Wednesday that he will step back from public duties because of his association with a notorious American sex offender.

The second son of Queen Elizabeth II said in a statement that his ties to Jeffrey Epstein had become a "major disruption" to the royal family's charitable work. It was unclear whether the change was a temporary or permanent shift in his role.

Andrew said he had obtained the queen's permission to step away. He also said he was willing to help any law enforcement agency with an investigation.

The scandal has rocked the royal family, particularly since a television interview on Saturday failed to ease the many questions about Andrew's links to Epstein.

For a senior royal to step away from his duties is extremely unusual and reflects the degree to which charities and educational institutions had questioned their associations with him in recent days.

Andrew said his history with Epstein had disrupted his family's work and "the valuable work going on in the many organizations and charities that I am proud to support."

The prince said he regretted his ties to the billionaire investor, who took his own life in August while in jail on sex-trafficking charges. Andrew said he "deeply sympathizes" with Epstein's victims, many of whom were underage victims of trafficking.

In the interview, the prince seemed to show no remorse for his relationship with Epstein. Wednesday's statement made clear that Andrew and his advisers now understand how damaging the interview was.

Epstein's suicide "has left many unanswered questions, particularly for his victims, and I deeply sympathize with everyone who has been affected and wants some form of closure," Andrew said. "I can only hope that, in time, they will be able to rebuild their lives."

Like most senior members of the royal family, Andrew was a patron for charities and other civic endeavors, lending his name and the backing of the monarchy to the good works of all manner of institutions.

After the interview, some charities and universities said they were reviewing their association with the prince. And major businesses, including Barclays and BT, distanced themselves from Andrew in charities they were involved with.

Andrew has faced questions over his links to Epstein for years, and he hoped the interview with the BBC's Emily Maitlis would ease the pressure.

The interview centered on whether he had had sex with Virginia Giuffre, who says she was trafficked by Epstein. Though Andrew denied the claims, his answers drew scorn. Giuffre said she had sex with Andrew on three occasions, including twice when she was 17.

Critics said Andrew came across as insensitive and arrogant — particularly in an era in which social media has made even the rich and the powerful seem more accessible.

The prince defended his previous friendship with Epstein because of the contacts it provided when he was preparing for his role as Britain's special trade representative.

The announcement that he was leaving his public role, at least for a time, recalled memories of the historic decision by King Edward VIII to abdicate in 1936 so that he could marry Wallis Simpson, an American divorcee. The queen's father George VI succeeded Edward.

Historian Judith Rowbotham of the University of Plymouth said there were "plenty" of parallels between the king's abdication and Andrew's decision to halt his royal role.

She said she was not surprised by Andrew's announcement and that the crisis could have "escalated" if he had not stepped down.

"I think it will be a great sadness for the queen," she said of Elizabeth, the 93-year-old monarch.

The queen did not comment on her son's decision during an appearance Wednesday night. She has never spoken out on the matter.