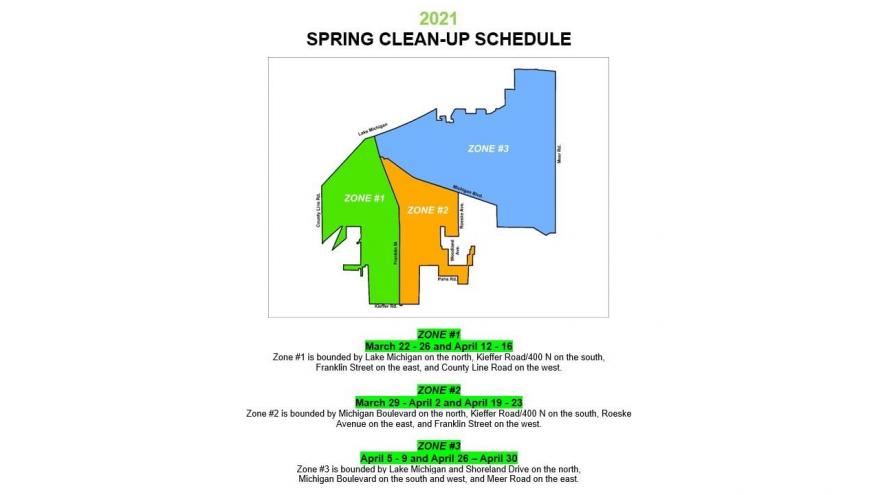 The department requests that all residents separate debris that is to be discarded into three categories:

The department asks the above items separated as described above, residents may place items on the curbside or in the alleys. The Refuse and Street Departments will not be taking calls for spring cleanup items, residents should place items out for pick-up at their allotted time.

The city will be divided into three zones, with each having two separate weeks when items can be placed out for the special Spring Clean-up.

Residents should place items out for pick-up on the same day as your normal refuse pick-up day, but only during the corresponding week for the Zone residents live in.

Yard Waste and Compost pick-up will begin on May 3rd and continue through November 19th.