Another death in Indiana linked to meningitis outbreak 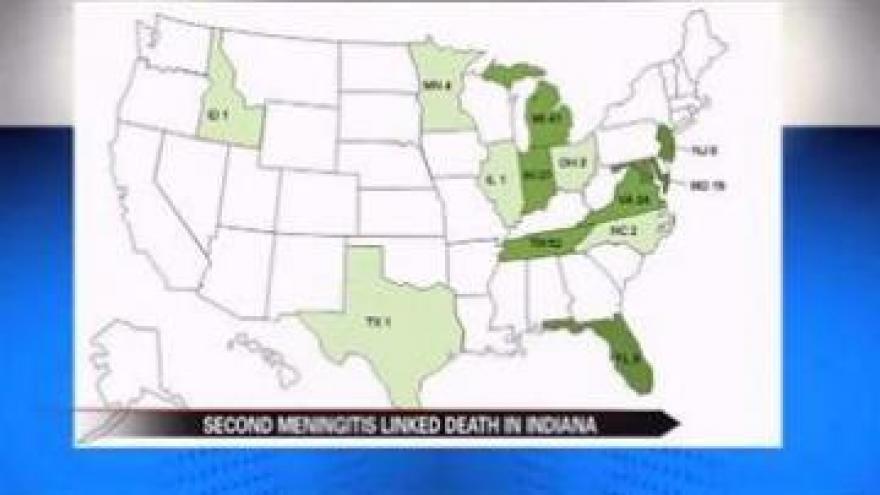 INDIANAPOLIS -- The Indiana State Department of Health has confirmed that a second death in the state is linked to tainted steroid injections.

The death was announced as an Indiana resident but no location of where the victim is from.

The first victim in the state died after getting a shot was 89-year-old Pauline Burema.

There are now 27 cases of fungal meningitis in Indiana.

And according to the Centers for Disease Control, the death toll of the outbreak is up to 15.