Another round of light freezing rain could fall for the second half of the morning drive tomorrow, potentially create slick roads after 7 AM. As freezing rain falls, it'll look like rain when it hits your windshield, however, it'll freeze to anything below 32 degrees. And, of course, that includes the roads. So, if you plan on leaving later than normal, or if you typically head out for work or dropping the kids off at school after 7 am, you'll want to take it slow, leave extra space between you and other cars on the road, and be aware that slick spots will be possible. 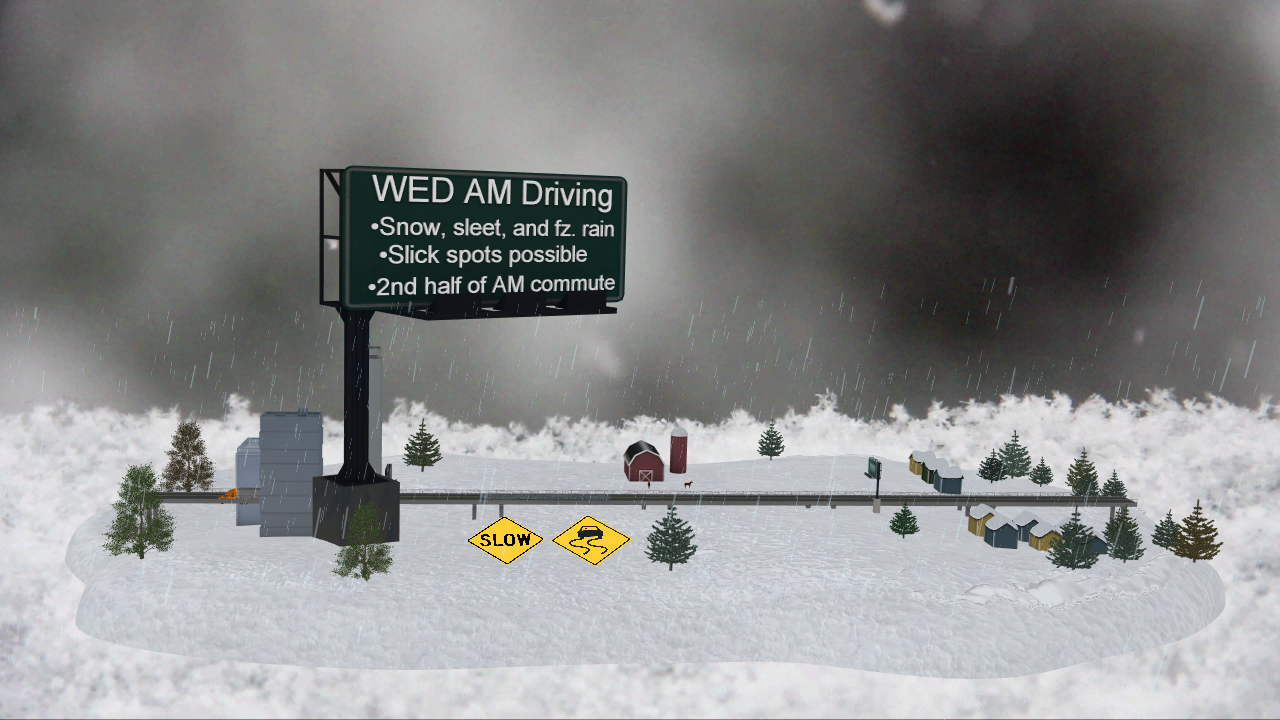 So, for the 2nd half of the commute, I'd give yourself about 5-10 minutes on the roads just to be on the safe side. As we move throughout the morning, that freezing rain risk will fade as more warm air sweeps through Michiana. 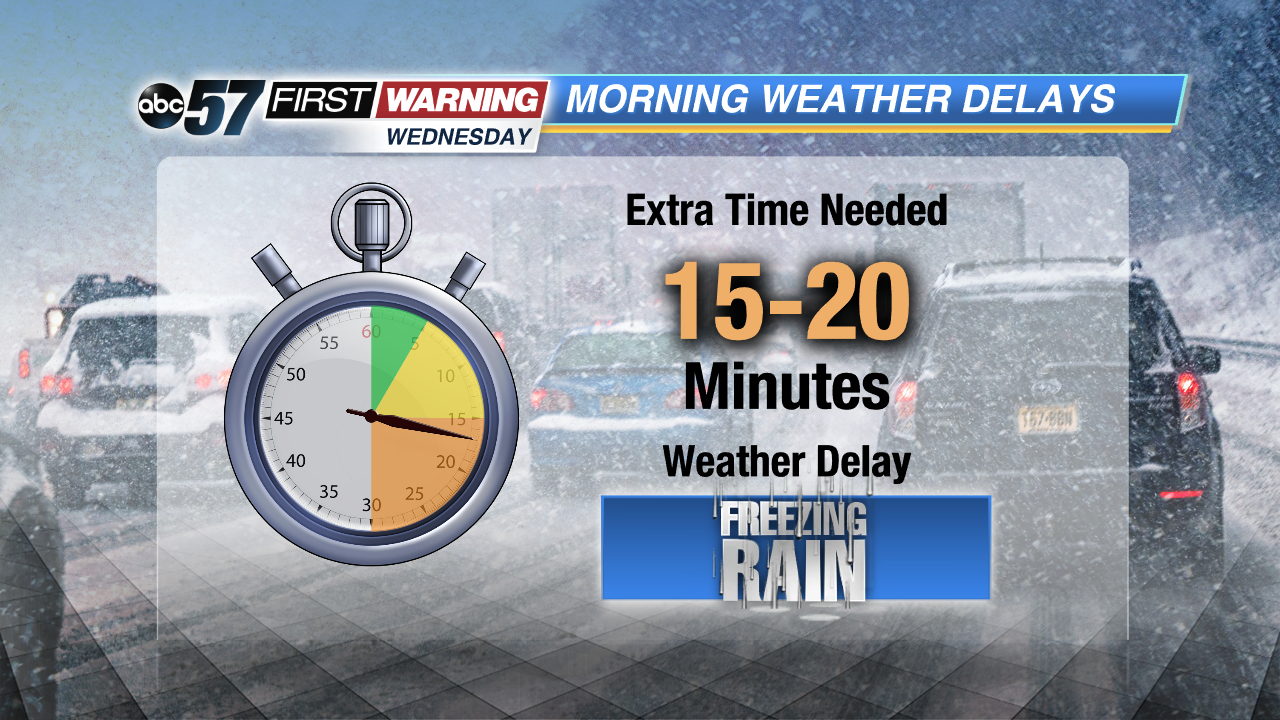 And it seems like we've had quite the season for freezing rain this winter. So, we were able to dig up some info about how many days in a year we see freezing rain in michiana. And this is for the whole calendar year, so the second half of this winter and the first half of next. For the southern half of Michiana, we typically see 5, or sometimes more, days of freezing rain in a year. But, farther north, where we have more access to colder air at the surface, that number is more like 3 or 4. And, we've already had 3 days of ice thus far! This may have contributed to our snowfall numbers being lower so far. 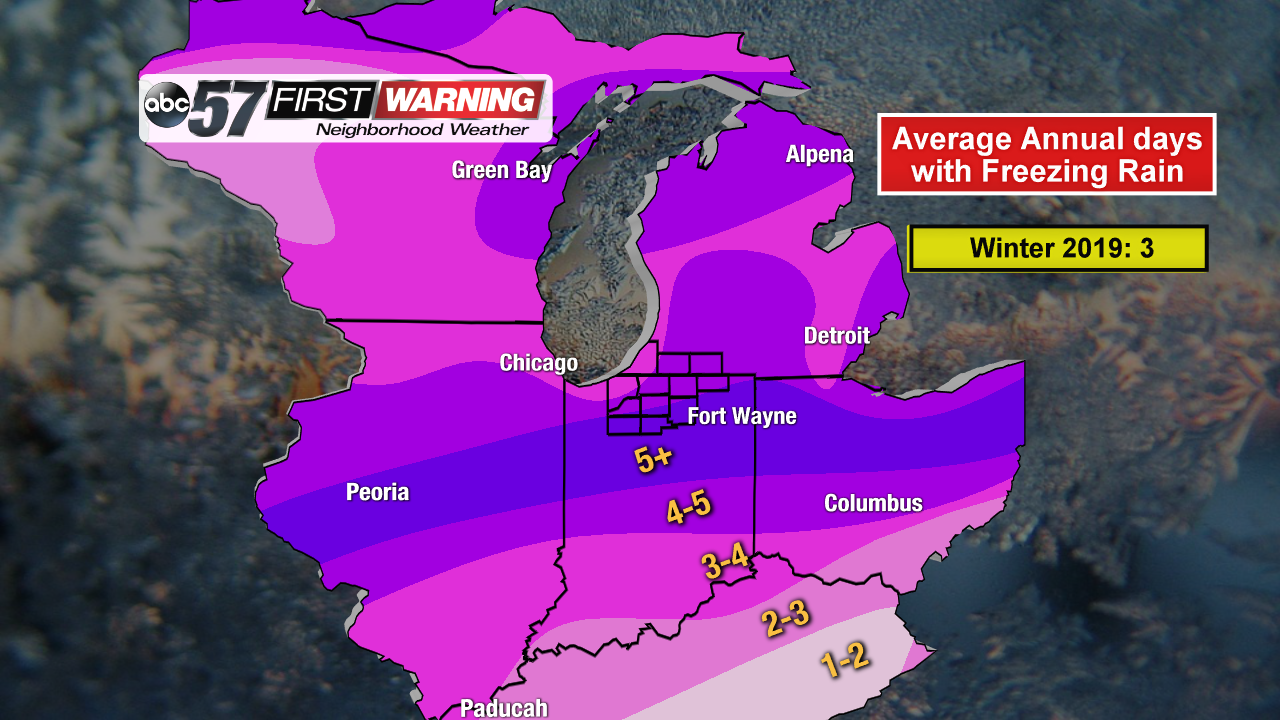 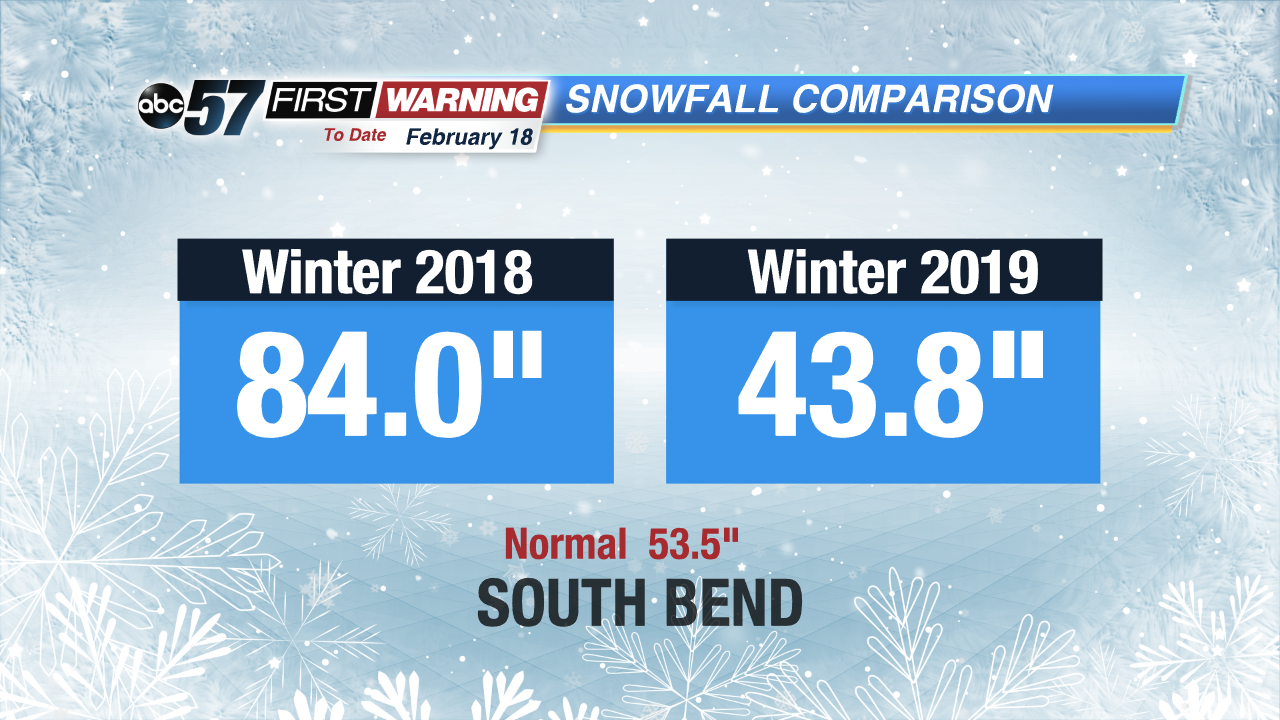 Compared to normal, we're about 10 inches behind. Through yesterday, we've gotten about 44 inches of snow where we should be around 54. It seems that warmer air has been invading into michiana, switching the threat from snow to freezing rain a little more than normal this year.