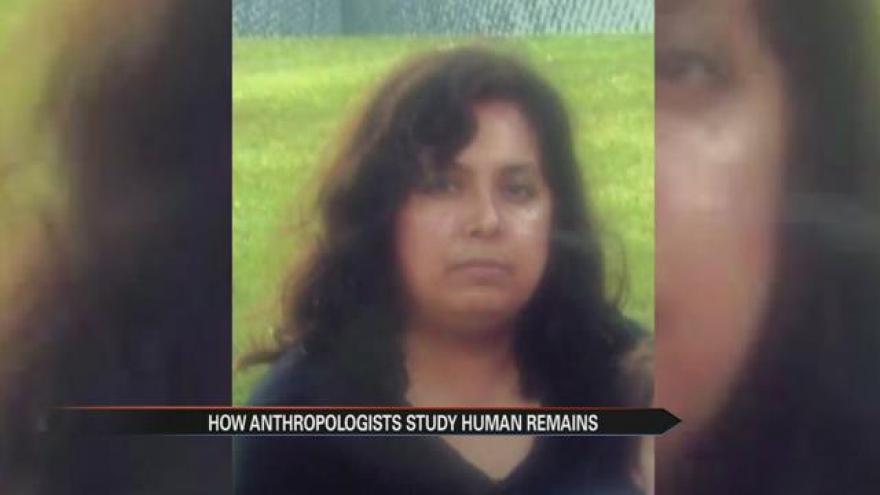 It’s been one day since a coroner identified human remains found in Bristol as that of a missing Elkhart mother.

Anastacia Cortes Reyes, a wife and mother of two, vanished in August of 2014.

A person truffle hunting stumbled upon her remains on Tuesday.

Police have classified this case as a death investigation, until anthropologists can determine a cause of death.

He said determining a cause of death in these situations can be a difficult process, but not impossible.

“So if it was a soft tissue issue, like someone died of cancer that’s very difficult to tell unless it metastasized in the bones. But in the case of strangulation, we’ll look to see if the hyoid is fractured. It’s a tiny little bone in the throat and it is often broken during a strangulation. Maybe you’ll be able to see a defensive injury. If the victim put up their arms and tried to protect themselves from the assailant. That could also help tell a story about the person’s death,” said VanderVeen.

Anthropologists said they can look at bones to determine if a person was shot, stabbed, or even strangled.

These experts can determine how long a body was in a particular area by collecting insects, leaf litter, and grass growth at the site.

Contrary to popular TV shows, it is not a quick process.

“It could easily take months, particularly based on the condition of the body,” VanderVeen explained.