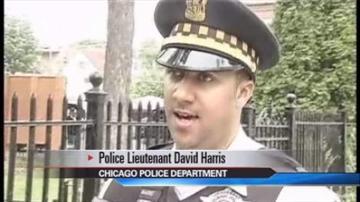 CHICAGO — An anti-violence march on Chicago's south side took place on Saturday. The event included prayers, songs and poems to help stop violence in the city.

Chicago police say the crime rate is down, but the shootings continue. They say community partnership is the key to stopping the violence.

"Getting the community involved with the violence that's going on in the city with the police department, working as a partnership," said police lieutenant David Harris. "Events like this make it a lot easier for our job and for the citizens to feel safe."

Chicago's murder rate is down so far in 2013, but the city's violence often worsens in warm weather.