AP Interview: The hopes and fears of Buttigieg's mom 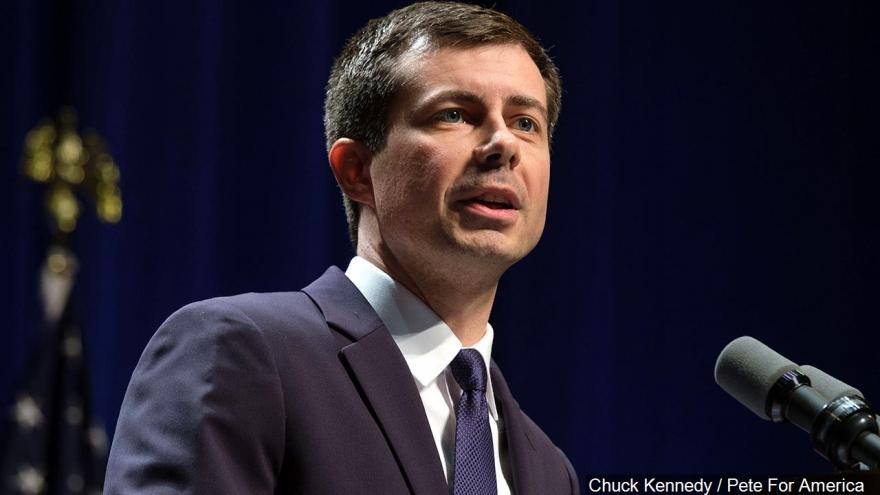 SOUTH BEND, Ind. (AP) — Several times a week, Anne Montgomery makes her way a few miles from her home to a fifth-floor office in downtown South Bend that teems with young adults working to elect her son president. She reads letters that bring back anxieties about being the mother of Pete Buttigieg, the first openly gay man to run for president.

The ones that touch her most are testimonials of people who have come out as gay, or from their parents, praising Pete.

"To read them, I realize the terrible time some people have," she said. "The cruelty. The ignorance."

In her own quiet way, the lively, 74-year-old retired Notre Dame linguistics professor, with bouncing white curls and a devilish grin, is clear-eyed about the ugliness that persists in the country her son hopes to lead.

She's been primarily in the background, answering about 40 letters a week and attending an occasional rally. But she also finds herself becoming a more public person as she starts to help tell the story of her son in his quest for the Democratic presidential nomination.

In a wide-ranging interview with The Associated Press, Montgomery described a highly literate, chatty, adaptive boy who continually overachieved. Before he was 3, he was arranging plastic letters on the refrigerator and reading signs while riding in the car.

In middle school, when most of his fellow piano students were content performing one Clementi sonatina movement, he had mastered all three.

While growing up, he changed schools frequently, which his mother said helped him learn to adapt.

"So a newcomer had to prove himself without aggravating his peers," she said. Then there was that "very unusual last name. No one could pronounce it. It was prime for jokes. And so he had to put up with that from the beginning. And that may have given him some steel, given him a little training."

Buttigieg continued to excel, winning election as senior class president. "I began to be suspicious in college" that politics might be his calling, she said, given the time he devoted in their conversations to Harvard University's Institute of Politics. His next step, as a Rhodes scholar, only made his path more clear.

Still, she acknowledged, "I'm not sure I saw a track as to where he is today."

That rapid ascent has also brought the kind of scrutiny no parent would welcome. With Buttigieg, there is an additional factor of his barrier-breaking candidacy, a reality for women and minority candidates but new for one who is openly gay.

She sometimes hears resistance about that in the voices of fellow liberal voters she knows. She gets anti-gay mail at home. And she worries harm could come to her son.

Now alone since the death of her husband, Joseph, in January, she has somewhat reluctantly taken on a supporting role for her son.

She has found herself mesmerized by the "hundreds of happy people, really happy, hopeful people," she says, only to remember the "ugly mail" she sometimes gets.

"I kind of look around, and especially in this political climate," she says quietly, adding later, "Let's be honest, you have to worry about public safety."

The idea of her son running for president surprised her less than when he told her in 2011 that he was moving home to run for mayor. Or when he told her he was enlisting in the military to serve in Afghanistan in 2014.

But it was when he was preparing for his re-election campaign, that he surprised her even more. Buttigieg, then 33, visited his parents' home, she recalls, and said, "I have something to tell you" and told them he is gay.

His father had studied for the priesthood. His mother was the daughter of a career Army officer. But they were instantly accepting, and Montgomery asked him if he had met someone. He said he had not.

"I wonder if I was blind," she said. "Because he's always a very private person. "From elementary school on, he was a private person about personal matters. So I did not inquire or ask."

Buttigieg later came out in an op-ed in the South Bend Tribune, setting the tone for what would become his presidential campaign mantra: that Americans hunger for belonging.

"I think I'm surrounded by so many positive forces that I could take it for granted" that Americans have moved beyond decades of discrimination and homophobia, she said, even as she admitted to doubts.

Attitudes have changed dramatically in the past 15 years. A 2004 Pew Research poll found 60% against same-sex marriage, 31% supporting it. This year, those numbers are reversed, as the right to same-sex marriage is the law of the land due to a 2015 U.S. Supreme Court decision.

There are still hurdles for candidates. In a June poll by The Associated Press-NORC Center for Public Affairs Research, 32% of registered voters said they would be less excited about supporting a presidential candidate who is gay, lesbian or bisexual, though younger voters care far less than older ones.

Montgomery is approaching her son's historic candidacy tested by the realities of life and death.

In the fall of last year, as Buttigieg was weighing his candidacy, his father had been diagnosed with cancer and was undergoing chemotherapy.

The thin scar barely visible above Montgomery's neckline is another reminder of that autumn, as she underwent emergency bypass surgery.

"So we had a lousy year last year," Montgomery said, trying to laugh.

Five years earlier, she worried in vain during her weekly conversations with her son, a Navy intelligence officer in Afghanistan, about his location and safety, only to find out later a member of his unit and friend, had been killed.

The experiences have helped simplify things to the point that, more than winning the election, what matters most to her is that her son seems to have found happiness.

"I was very glad to see him find someone, to share a life with," his mom said.