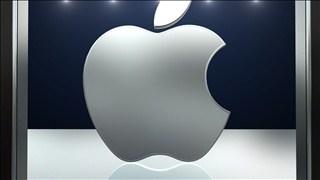 NEW YORK (CNNMoney) -- Apple wants to make autocorrect an easier and better feature, according to a newly published patent.

In a filing published on Thursday, the company says it wants to build a way for phones to highlight words that have been changed by autocorrect.

When someone reads a message, they'll be able to clearly see what's been altered.

In the patent illustrations, the words would be underlined or italicized -- making them stand out from other words in the text.

The patent also describes a way for someone to touch a word that was replaced mistakenly so they can send a clarifying message or resend the message entirely.

Currently, autocorrect mistakes can cause people to send more messages to clarify what they mean, "which is tedious, creates cognitive burdens, and takes longer than necessary (thereby wasting energy)," Apple says in its filing.

The company says its proposed solutions would create a more efficient way for people to use their devices.

Apple filed this patent last year, and it takes on average about two years for patents to be approved.

People who want to turn off autocorrect now can do it through Settings > General > Keyboard control panel on their iPhones.

There's also a way to create your own dictionary by putting in commonly used words into the Text Replacement feature (also found within the Keyboard control setting).