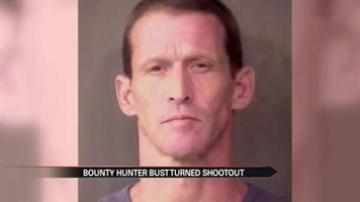 KOSCIUSKO COUNTY, Ind. -- A colleague and friend of the three men allegedly involved in the fatal shooting in Cromwell Monday night spoke about the dangers of trying to apprehend a wanted person.

Stavedahl says his three friends were trying to serve a warrant on 56 year old Gary Helman for failure to appear Monday night.

"I mean when someone fails to appear in court, we have no clue why. We don't know what's going on in their mind, what they're thinking, or how they're going to respond when we show up," said Stavedahl.

In this instance, shots were fired and Gary was killed.

"Unfortunately it's part of the job. It's one of those things we have to take seriously when we do it and one small mistake can lead to a big disaster," said Stavedahl.

Stavedahl says he hopes Martin recovers from his gunshot.

He has reached out to the other two bail and recovery agents involved, Daniel Foster and Michael Thomas.

"I know Mr. Foster and Mr. Martin. I have hunted with them a couple of times, I see Mr. Foster regularly at the Elkhart County Jail where we do bonds together. But no one's expecting to hear this," said Stavedahl.

Police say the investigation is ongoing and they do not know if the prosecutor will file charges.