During the month of April we have seen a big swing in temperatures. The morning of April 2nd temperatures dropped to 16 degrees. This hard freeze damaged some of the fruit tree crop here in Michiana. Apple and peach trees received 10-20% damage, Apricots less than 10% damage, and cherry trees 20-80% damaged. These reports are from Michigan State University in their Southwest Michigan Fruit Update. 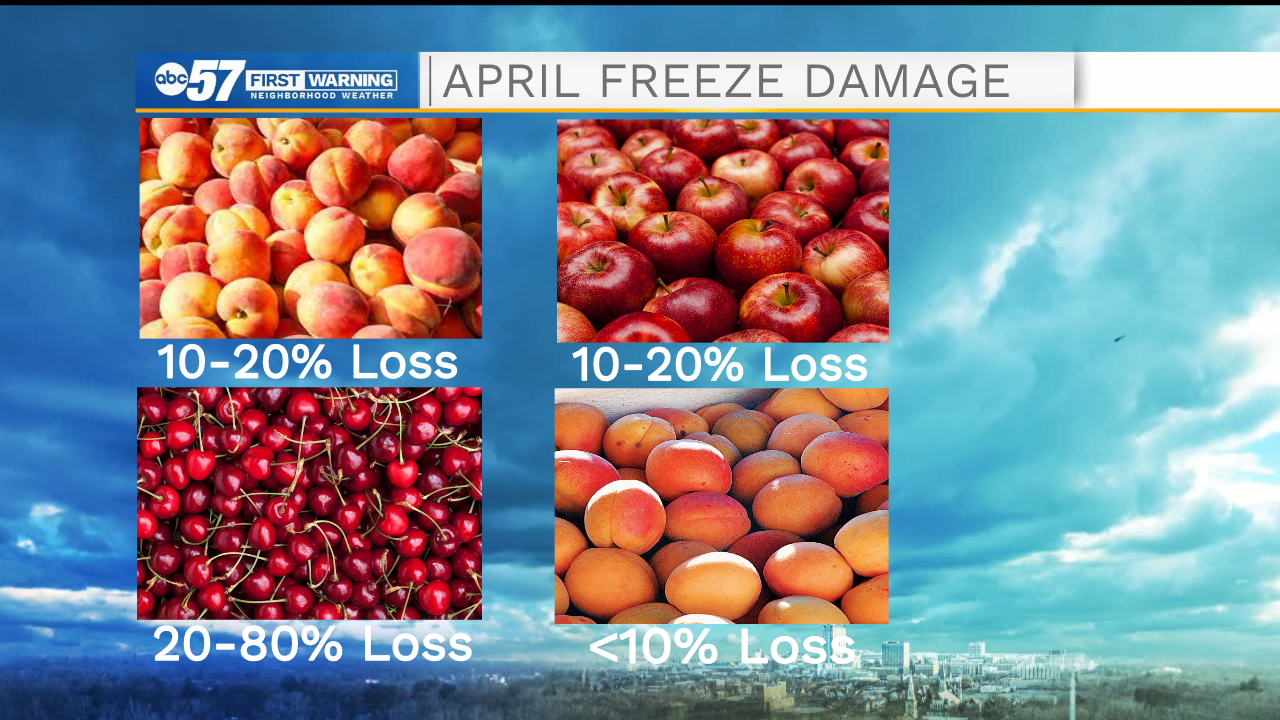 Only four days later temperatures warmed all the way to 80 degrees. We also saw a mix of 70 degree temperatures follow right after allowing more fruit trees to continue their track to bloom, which we are seeing now. Most fruit trees here in Michiana are either at or just about to bloom. So why is there concern in the forecast? 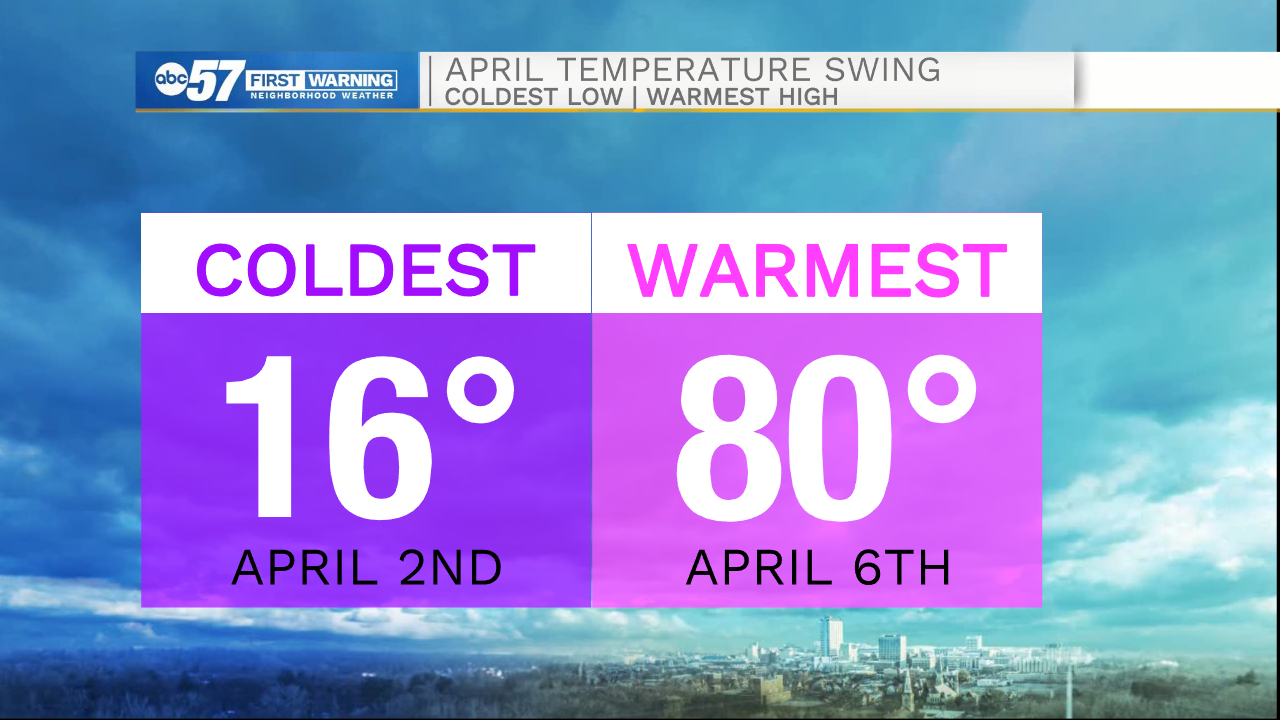 We are only in the middle part of April, and April is notorious for bringing in a few shots of cold air, and even snow if we look back in history. We see history follow suit into the weekend and next week. Temperatures look to drop to near freezing causing a few mornings with frost potential. With fruit trees being so far along, they become a little bit more hardier to the cold temperatures. If we would see temperatures drop to 28 degrees, then some minor damage is expected. If temperatures drop to 25 degrees severe damage is expected to most fruit trees. 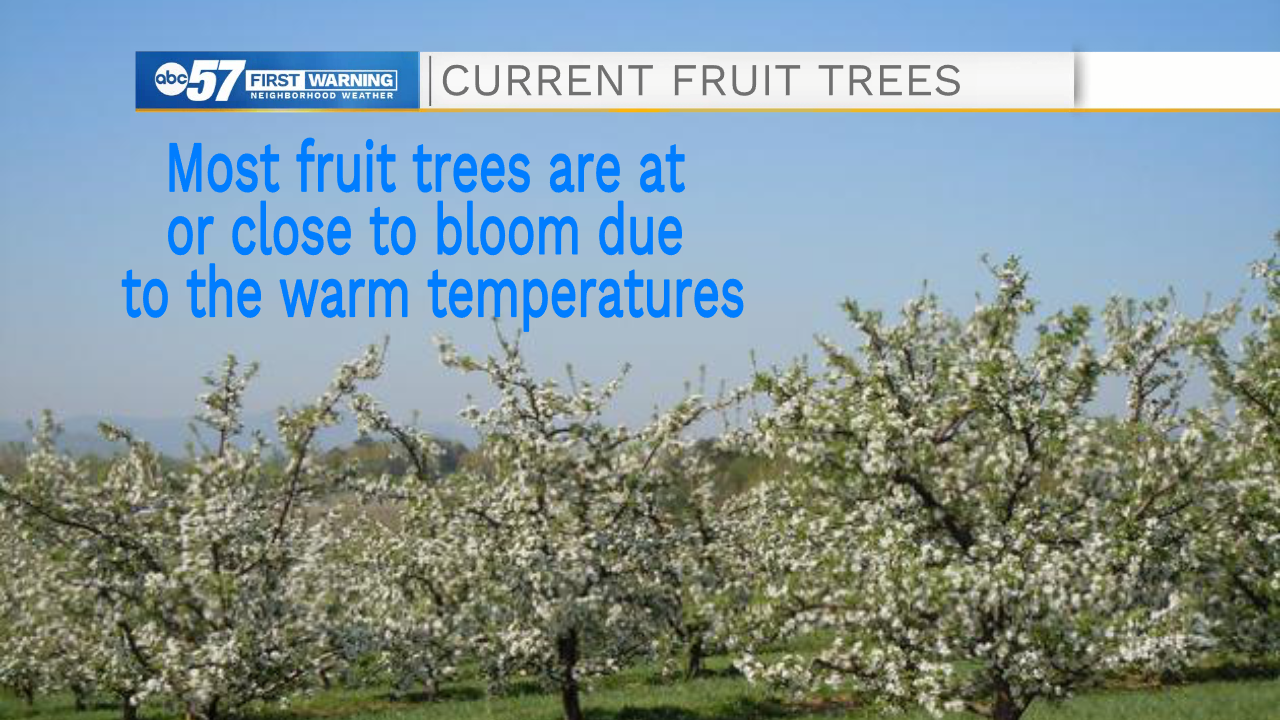 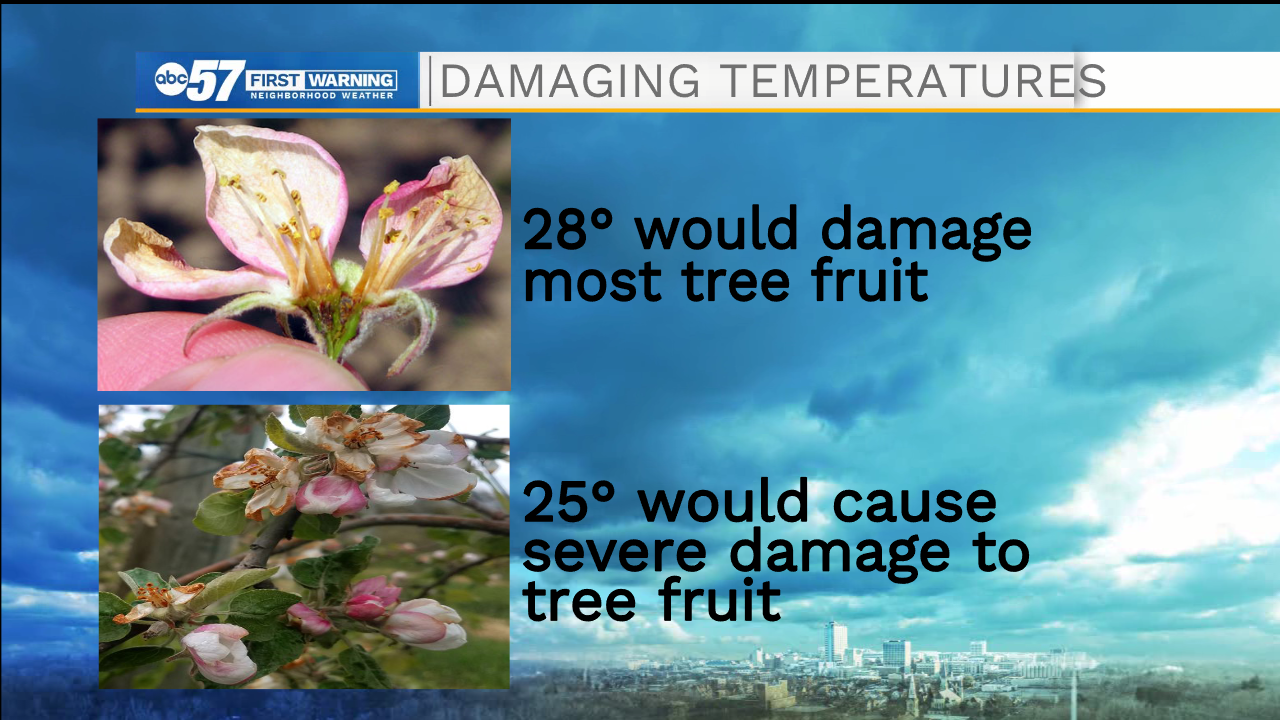 How can the cold be combated by farmers to help protect their fruit crop. A few different methods have been used in the past including covering trees up with a tarp or blanket. Another method used, believe it or not, is using sprinklers to cover the trees and fruit to cause a layer of ice. Under the ice temperatures will stay at 32 degrees, helping to protect what's under it from extreme cold. Another method includes using large fans to cause air turbulence. Turbulent air tends to stay warmer. Lastly, a bunch of small fires or fire barrels have been used to keep fruit trees warmer. It isn't until May that we really decrease our chances of seeing temperatures drop to freezing.