We have seen quite the change in weather throughout the month of April. At the start of the month high temperatures were near freezing with lows dropping into the teens. Only a few days later highs warmed into the 80s setting daily records here in South Bend. As we moved into the middle part of the month we saw another big drop in temperatures, with even some snow showers here in Michiana. Luckily ground temperatures were too warm to support any widespread accumulation. After the cold and snow, temperatures yet again climbed back into the 80s setting single day records here in the last week of April. This isn't out of the ordinary, typically in April we are used to big swings in weather. In 1942 we hit a high temperature of 91 degrees. On the flip side of that, in 1972 we hit a low temperatures of 11 degrees. The biggest snowfall ever recorded during the month of April was 20" in 1920. 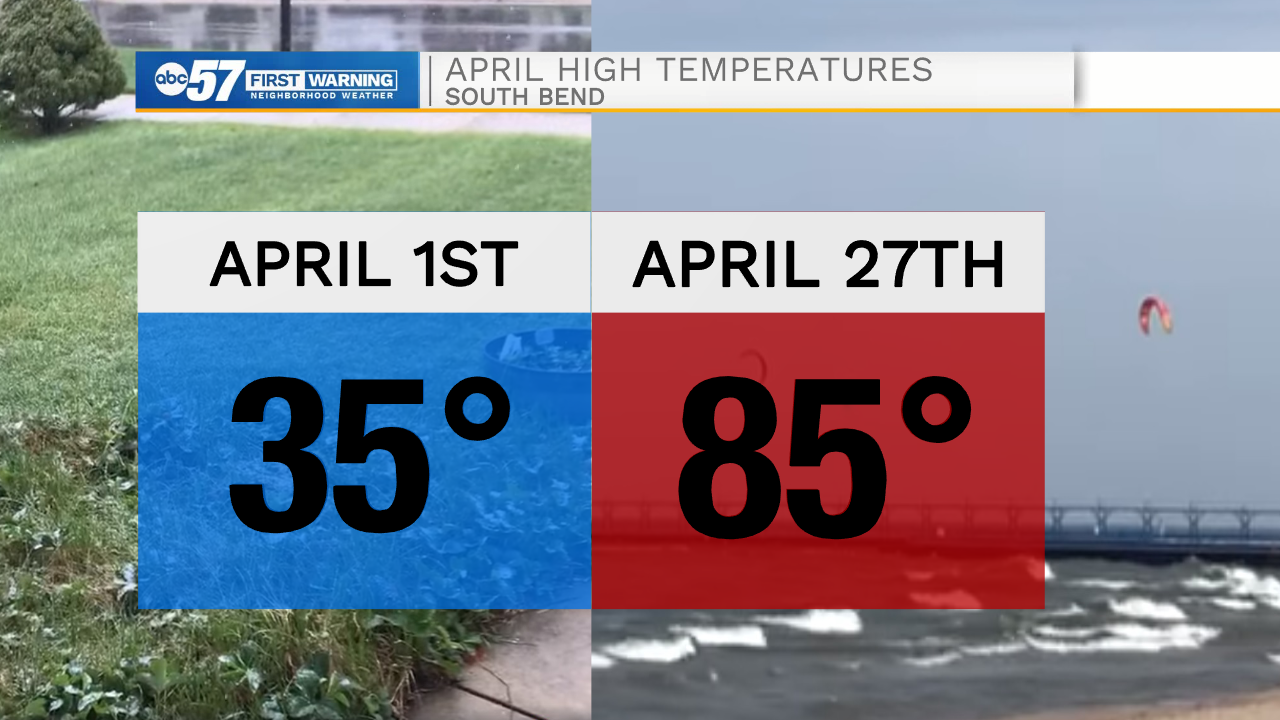 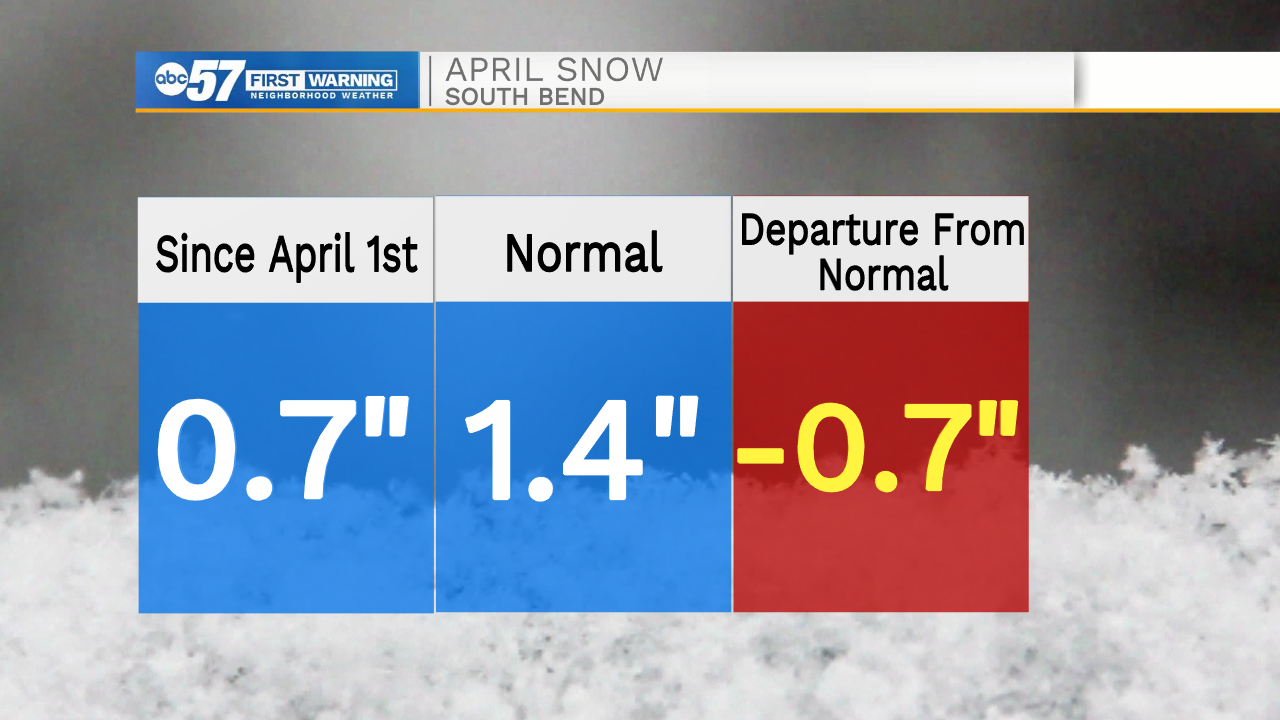 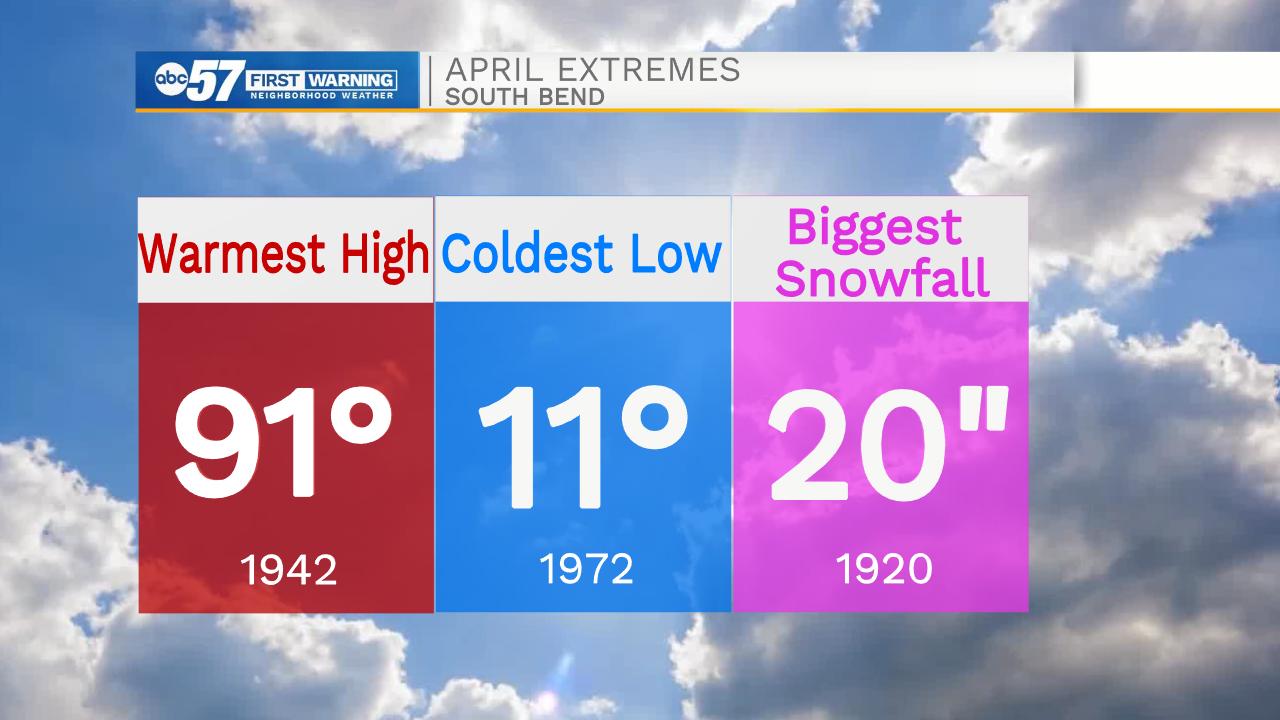 Rain is a big thing that we have been monitoring closely, as drought conditions are still impacting most of the viewing area. This month we have seen just over two inches of rain, which is almost one inch under the average for this time of year. This late month rain that we are currently dealing with will help our case as we head into May. We have been talking crops a lot lately as we are in planting season. The dry conditions, so far, aren't causing any major problems for farmers. This dryer weather allows them to get out in the field without much hinderance. If we do see more long dry stretches as we get into late May and early June, that's when drought conditions could have major problems to the sprouting crops. 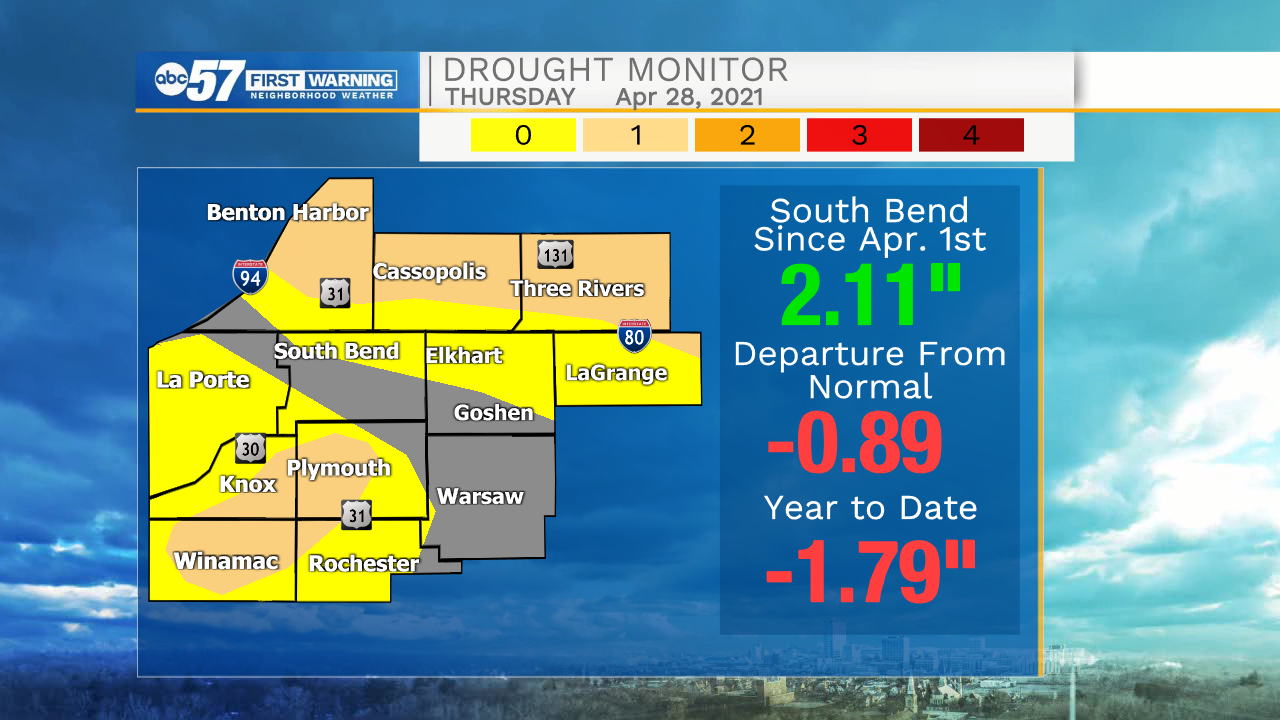 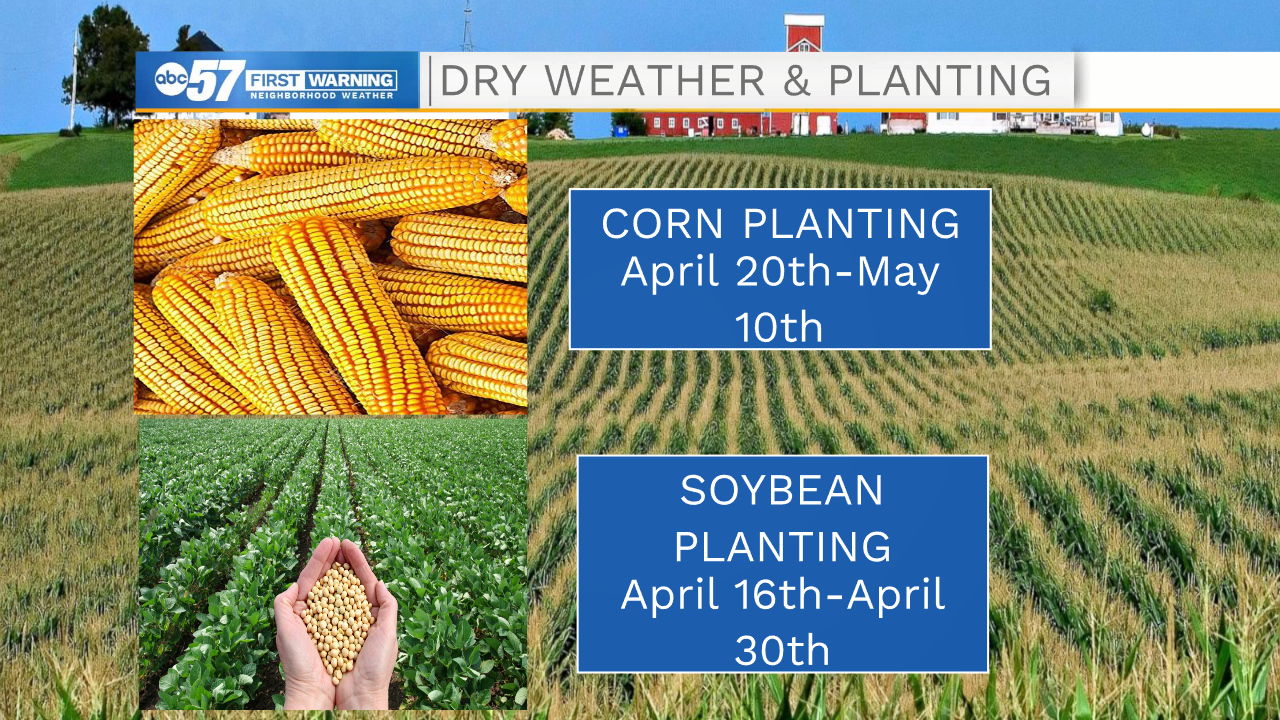