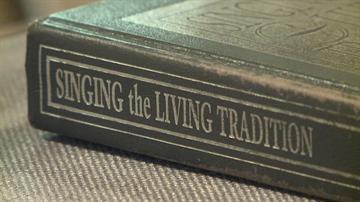 She can't convince everyone to be for marriage equality, but she's O.K. with that.

"People are afraid of what they don't know," DeBeck said.

Her Elkhart congregation supports marriage for all, regardless of sexual orientation. In the last few days, especially, there's been a lot of attention on this issue.

"There has finally been a groundswell," DeBeck said. "This is the tipping point. This is what we needed, because the fact that it's already made it to the Supreme Court, says America is ready to accept this."

Because she believes marriage isn't between a man and a woman, but between love and love.

Unclear on how the rest of the country will move forward, she plans to keep fighting for what she calls basic human rights.

"Social justice and religious education are the corner stones of this religion."