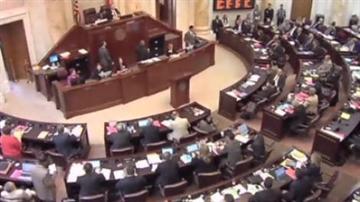 LITTLE ROCK, Ark. -- State lawmakers in Arkansas approved a bill banning abortions after the first trimester of a pregnancy. That means Arkansas now has the toughest abortion laws in the country.

Abortions would be banned if the fetus is at 12 weeks or more or if doctors can detect a heartbeat.

The move has abortion rights advocates riled up.

"This is the most extreme, severe abortion ban in the country. It might as well be an outright ban."

The Democratic governor vetoed the bill but the Republican controlled house and senate both overrode the vote.