Arrest made in South Bend shooting 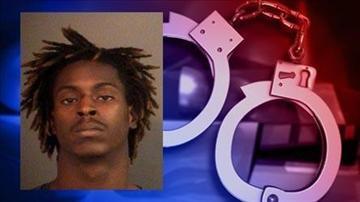 SOUTH BEND, Ind. – An arrest has been made in the fight turned shooting Wednesday at Colfax Avenue and Eddy Street. One woman was shot in the back of the head but is expected to survive.

"We are having to dig for information and we are getting our information bit by bit,” said Captain Phil Trent of the South Bend Police Department.

Trent says detectives are trying to piece together who shot 31-year-old Michelle Brown.

"At one point there was an estimation that there were up to 40 people present in the parking lot,” said Trent.

She was attempting to leave the area with her three children in her silver Grand Prix when shots were fired.

Getting people who witnessed and/or may have taken part in the physical fight that turned into gunfire is tough.

"During that shots fired episode an individual who was attempting to leave the parking lot in a vehicle was shot and struck in the back of the head,” said Trent.

She was rushed by ambulance to the emergency room.

"What we are being told is the full projectile from the shots fired incident entered the back of her head but it was not a life-threatening injury,” said Trent.

Tonisha Horston's car windows were broken during Wednesday's brawl. On Thursday she was busy getting those windows replaced.

"Feel like if they wanted to really fight they didn't have to bring no guns to the situation. There's too many kids that live out here,” said Horston.

"Luckily we have a suspect in mind. Luckily we have a victim that's going to pull through so we have that going for us. But on the other hand it's going to be a little more pain staking to put the case together only because we don't have a clear picture by one specific credible witness,” said Trent.

A friend of Brown’s said she is still in the hospital.

That suspect was arrested Thursday afternoon. He has been identified as 25-year-old Craig L Dockery.

He has been charged with one count of attempted murder and 3 counts of criminal recklessness.