Arrest made related to alcohol intoxication death on August 10 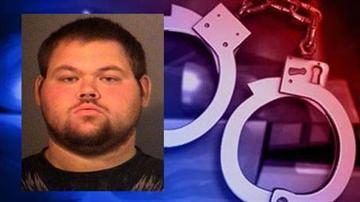 ST. JOSEPH COUNTY, Ind. -- The St. Joseph County Prosecutor has filed one charge against a man who allegedly furnished alcohol to several minors, including Andrew Traquino, who died as a result of acute alcohol intoxication.

At 8:30 a.m. August 10, South Bend Police and EMS personnel were called to a home on Timothy Road in New Carlisle.

When they arrived, they found 18-year-old Andrew Traquino in the back of a flatbed truck unresponsive.

Medical personnel attempted CPR but he couldn't be revived.

Around the truck there were multiple empty beer bottles, an empty bottle of vodka and other alcoholic beverages.

During autopsy, the pathologist determined Traquino's BAC was .40.

The cause of death was determined to be alcohol intoxication.

Investigators spoke with Matthew Eddy who, according to court records, admitted to providing Tarquino with alcohol.

Eddy said a group of teens 18 and 19 asked him to purchase alcohol for them on the evening of August 9. He went and purchased beer, vodka and other alcohol, according to reports.

Eddy said that night he and others saw Tarquino pass out and vomit. They put him on the back of a flatbed truck and then went to bed. The next morning they found him unresponsive.