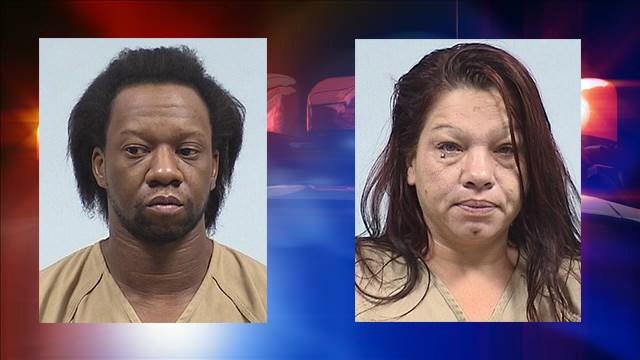 The Elkhart Sheriff's Department has made an arrest in the April 12 robbery of the Tobacco Mart on SR 19 in Elkhart.

The victim's hands and feet were tied with zip ties, according to deputies.

The suspects took $390 worth of cash and $200 worth of cigarettes during the robbery, according to the probable cause affidavit.

The victim provided detectives with high quality images of the suspects and posted them to her own Facebook page. Someone contacted the victim and identified the suspects.

Deputies then compared photos of the two suspects with the two in the surveillance images and they appeared to be the same, according to deputies.
The male suspect also drove the same type of vehicle spotted at the scene of the robbery.

Cynthia R. Martinez and Wesley Ivory are each charged with one count of robbery while armed with a deadly weapon and one count of criminal confinement.
Martinez and Ivory were arrested on August 31.