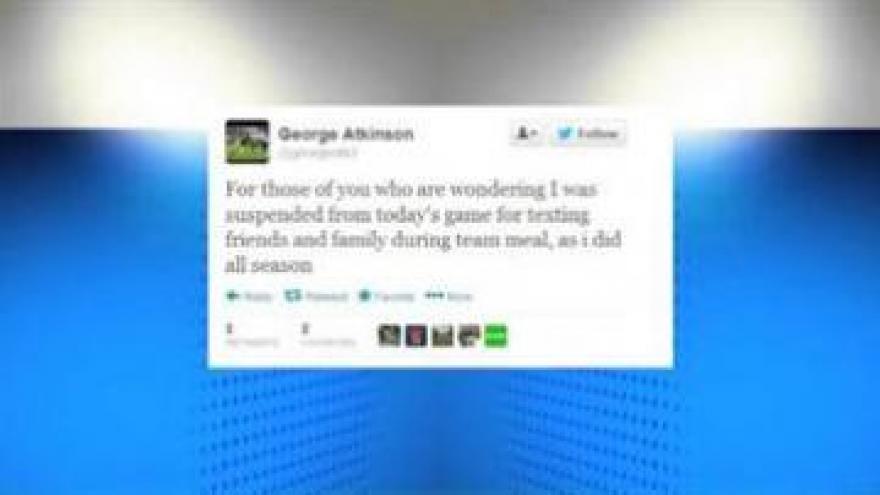 Early Saturday before kick-off, Head Coach Brian Kelly announced the suspension of junior running back George Atkinson III, and junior Cornerback Jalen Brown from the Pinstripe Bowl due to a violation of team rules.

Shortly after the announcement, Atkinson Tweeted the reason he was suspended. He quickly deleted the post, but not before it was seen by many.

Atkinson posted on Twitter: “For those of you who are wondering I was suspended from today’s game for texting friends and family during team meal, as I did all season.”

The game at Yankee Stadium was the final game for the 2013 season.

Fans seemed to support the suspensions.

With a 29-16 Notre Dame win over Rutgers, fans did not see Atkinson’s absence as a game changer in the bowl game, but rather an opportunity to get a freshman onto the field.

“I think Atkinson was a little bit of a loss this season, he has not played real well. He is a big hitter guy but I mean it is what it is. So we got the young kid Folston so we need to see what he is all about,” said Irish fan Eric Olsen.

Atkinson’s deleted Tweet was another reminder that in the world of social media nothing is ever really gone.

“People are watching all the time, they are looking at what you say,” says Olsen.