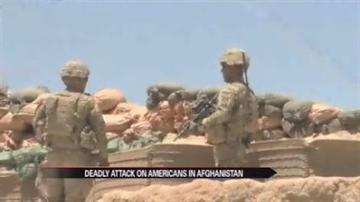 AFGHANISTAN — The worst attack on American forces so far this year in Afghanistan happened the second weekend of June.

American and Afghan soldiers were delivering schoolbooks to needy children as attack helicopters circled overhead. Then, an Afghan soldier opened fire on those Americans who were there to help.