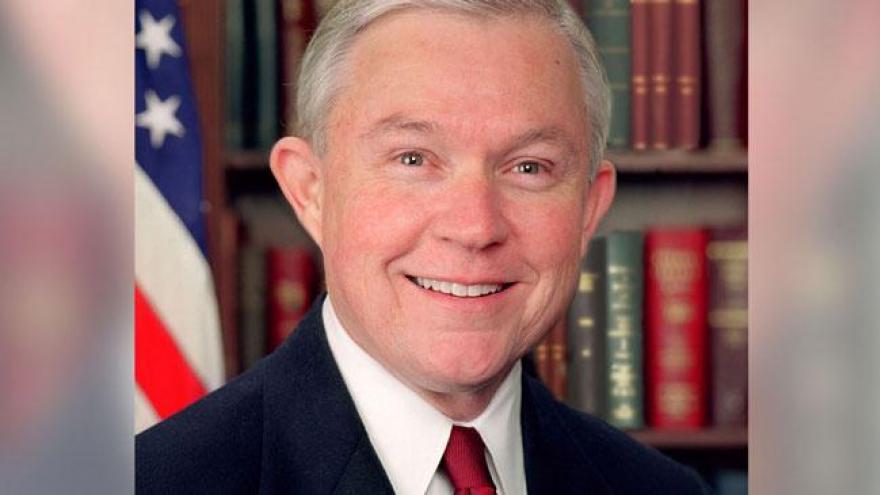 WASHINGTON (CNN) -- Attorney General Jeff Sessions infuriated Democratic senators Tuesday by repeatedly thwarting their efforts to shed light on the firing of James Comey, as he blasted secret innuendo and leaks over his own conduct.

In a fiery Senate intelligence committee hearing, Sessions raised his voice in indignation as he blasted claims that he had colluded with Russian officials during the 2016 election as an "appalling and detestable lie." He repeatedly declined to go into his private conversations with President Donald Trump -- frustrating Democrats who accused him of "stonewalling" to shield the administration.

Using all the skills in filibustering and diversion that he learned in years as an Alabama senator, the Attorney General appeared to escape the hearing without major political damage. He also provided resistance that may offer a boost to a crisis-weary White House that has been unable to shrug off the dark cloud over the Russia investigation.

Sessions beseeched his former Senate colleagues to believe him when he said he did not hold an undisclosed meeting with Russian ambassador Sergey Kislyak at a speech by then-candidate Trump at the Mayflower Hotel in Washington last year. He said he could not recall if he had an informal interactions with Russians at the event.

Sessions defended his decision to participate in the firing of former FBI Director Comey, even though he had recused himself from the Russian matter and Trump later said that the probe was in his mind when he pushed the FBI chief overboard.

"I recused myself from any investigation into the campaign for president, but I did not recuse myself from defending my honor against scurrilous and false allegations," he said.

But the attorney general left Democratic senators deeply frustrated when he declined to go into the reasons for Comey's dismissal and wouldn't say whether the President ordered him out of the Oval Office so he could talk privately with Comey on February 14, in an encounter the former FBI director said included a request for him to go easy on former national security adviser Michael Flynn.

When asked by Sen. Angus King if the President invoked executive privilege to prevent his testimony, Sessions responded, "I am protecting the right of the President to assert it if he chooses; and there may be other privileges that could apply in this circumstance."

Trump watched Sessions testify aboard Air Force One during about 90-minute flight to Milwaukee, an aide told CNN.

After the hearing, Rep. Adam Schiff, the top Democrat on the House intelligence committee suggested to CNN's Wolf Blitzer that Congress could ultimately be prepared to hold Sessions in contempt of Congress in an effort to force him to testify in more detail.

"I believe the American people have had it with stonewalling," Wyden said.

Sessions replied, "I am not stonewalling. I'm following historic policies of Department of Justice. You don't walk into any committee meeting and reveal confidential communications with president of United States."

When Wyden accused him of not answering the questions about Comey's reported remark that his behavior after recusing himself from the Russia probe was "problematic," Sessions chuckled and then launched into his most theatrical defense of his actions.

"This is a secret innuendo being leaked out there about me, and I don't appreciate it," Sessions said, raising his voice.

Other Democrats also lost their patience with Sessions.

"You are not answering questions. You are impeding this investigation," said New Mexico Sen. Martin Heinrich.

Sessions said that he was not sure what was "explicitly" in Trump's mind when he decided to fire Comey. But he said that he was unable to say whether he had discussed Comey's handling of the FBI investigation on the principle that his conversations with the President should be kept confidential.

Feinstein then asked, "How do you view that? Since you discussed his removal, why wouldn't you discuss the reasons?"

California Sen. Kamala Harris meanwhile again earned a rebuke from committee chairman Burr after interrupting Sessions as he was trying to answer, and the Attorney General played the exchange for all it was worth.

"I'm not able to be rushed this fast, it makes me nervous," Sessions said.

Sessions' determination to mount a vigorous rebuttal, after Comey's testimony before the committee last week raised questions about the administration's conduct, was clear from the moment he began his opening statement.

He said he did not recall a third meeting with Russian ambassador to the US Sergey Kislyak in the Mayflower hotel in Washington, despite reports that the FBI had been investigating whether such a contact took place.

"I did not have any private meetings nor recall any private conversations with any Russian official at the Mayflower Hotel," Sessions told the Senate intelligence committee.

Sessions also argued that his recusal from the Russia investigation did not mean that he should be barred from his oversight duties over the FBI, following claims by Democrats that he should have not played a role in Comey's firing.

"I recused myself from any investigation into the campaigns for President, but I did not recuse myself from defending my honor against scurrilous and false allegations," Sessions said. "At all times throughout the course of the campaign, the confirmation process, and since becoming attorney general, I have dedicated myself to the highest standards."

Sessions confirmed that he had left Comey on his own with Trump in the Oval Office alone on February 14, though declined to say whether he was ordered to do so by the President citing the need to keep his conversations with him private. He also confirmed Comey's testimony that the former FBI chief later told him he was concerned about the meeting, but said he did not say that something improper occurred.

Sessions also testified that he had never had any meetings with officials from Russia or anywhere else about interference in the US election.

"Further, I have no knowledge of any such conversations by anyone connected to the Trump campaign," Sessions said. "The suggestion that I participated in any collusion or that I was aware of any collusion with the Russian government to hurt this country, which I have served with honor for 35 years, or to undermine the integrity of our democratic process, is an appalling and detestable lie."

Sessions said he had confidence in special counsel Robert Mueller, and said that his recusal from the Russia probe would stop him taking part in any hypothetical effort to remove him. A friend of Trump's said Monday that the President was considering taking just such a step.

CNN's Jeff Zeleny and Manu Raju contributed to this report.