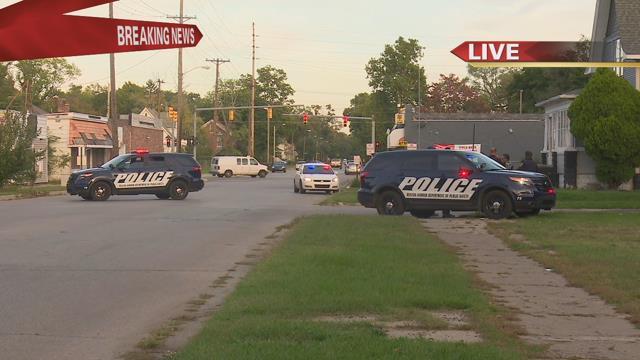 “It was a normal day for me,” said one witness Ramall Martinaz.

Until Martinaz stopped by a convenience store on Empire Avenue Monday at around 4:40 in the afternoon.

“I seen them arguing on my way in,” said Martinaz.

When he came out, he saw the argument escalate.

“They was over top of him, hitting him. I seen them reaching, and when I see them reach, I took off, I was running, ‘pow!’” he said.

One man was shot at the corner of Empire Avenue and Pavone Avenue.

“I was scared. I ran,” said Martinaz.

Martinaz says he couldn’t believe it happened on a main road—with kids around.

Police arrived soon after shots were fired and cleared the scene by 6:45 P.M.

The victim sustained non-life threatening injuries and is being treated at a local hospital.

BHDPS says a suspect has not yet been identified. If you have any information about the shooting, police ask that you call 269-927-0293.

Stay with ABC 57 for more updates.