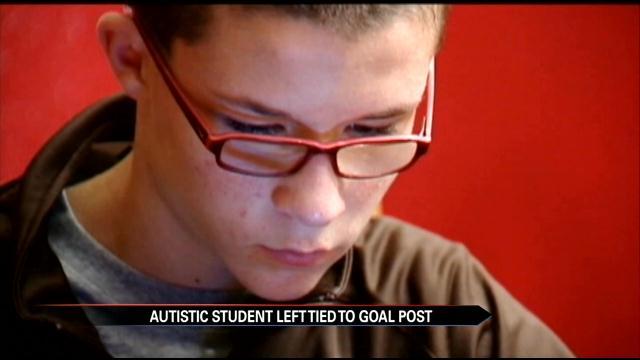 16-year-old Austin Babinsack says he was duct taped to a goal post Sunday night and left there for 15 minutes.

An off duty Pennsylvania state trooper came to the teen's rescue and helped him off the post.

“They duct taped my hands, my legs, all the way up to my waist, and they attempted to try to take a picture of it. I told them ‘no' and they walked off in frustration,” says Austin.

The school district released a statement saying they do not take hazing lightly, and the police have been called in to investigate.