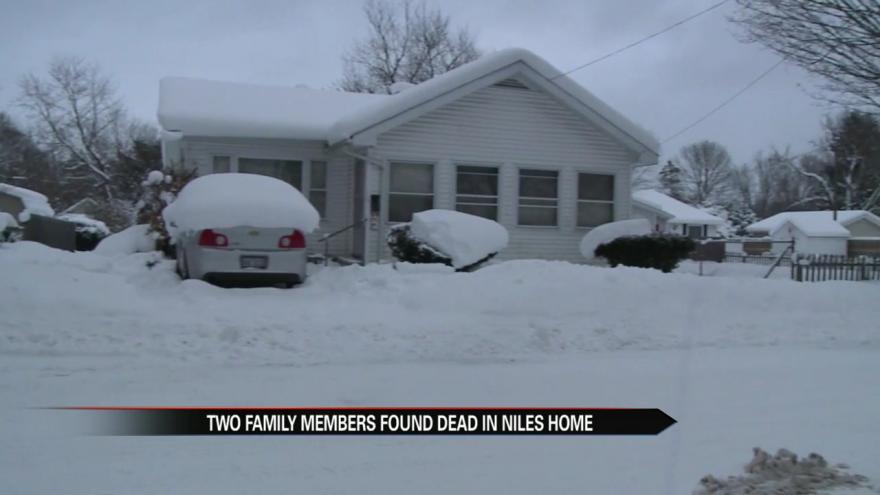 NILES, Mich. -- The Niles Police Department has released the identities of the father and daughter who were found deceased in their home in the 600 block of Woodruff Wednesday afternoon.

A concerned neighbor called police after seeing the amount of snow built up on the car in the driveway.

An officer went to the door but no one answered.

When the officer looked inside, an elderly man was spotted lying on the couch but did not appear to be breathing.

Officers from Niles Police and Niles firefighters broke a window to gain access to the home.

Once inside they discovered 81-year-old Albert Bivins and his daughter , 55-year-old Patricia Bivins, deceased.

The temperature in the home was below 32 degrees. Police said there was gas and electric to the home.

The Bivins were taken to Western Michigan University School of Medicine for autopsy.

The autopsies were completed on Friday, but cause and time of death could not be determined.

Lab results are expected to be returned within the next two weeks, which will help narrow down cause of death.

Police said they did not suspect foul play and there did not appear to be an wounds on the victims.

They believe the deaths were accidental in nature.

ABC 57 has an update on this story as autopsies revealed the cause of death was hypothermia.