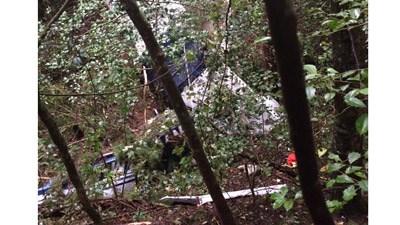 The Oconee County Coroner's Office has released the autopsy results of the victims killed in the plane crash near Westminster, South Carolina on Friday, October 2.

The crash happened on the banks of Lake Hartwell in Oconee County, South Carolina.

The debris from the plane was found scattered on both sides of the lake, which is on the border of Georgia and South Carolina.

"Multiple 9-1-1 callers called in to report seeing a plane go down, but they did not see where it actually crashed," said Adam Williams, Deputy Chief of Oconee County Emergency Services. "We searched by land. We searched by water with boats and sonar. And we searched by air with the helicopter from the Oconee County Sheriff's office. Our crews were able to locate the plane. There was a debris field that stretched from the Georgia side, across the lake, with the main parts of the plane found in Oconee County South Carolina."