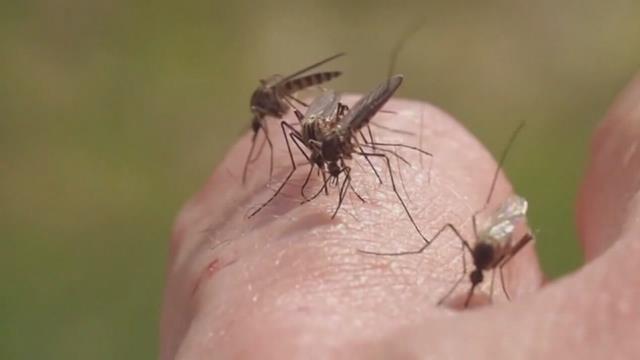 Health professionals say mosquito season is in full swing, and it's something to look out for.

While Zika-carrying mosquitoes have yet to be found in Indiana, precautions can still be taken against them.

Curtis Bamberg, one of many parents to visit the Mishawaka Riverwalk with his children Tuesday, says he always carries bug spray.

"I usually use the clip-ons to just be on their clothes, actually I have a trunk full of them," Bamberg said.

Doctors say this is a wise move.

"You never know. It's the season for mosquitoes," Dr. Curtis Gongwer, a family doctor at South Bend Clinic, said.

Gongwer says there's a lot of unknowns right now when it comes to diseases like Zika or West Nile.

So far, no Zika mosquitoes have been found in Indiana.

West Nile mosquitoes have been found in Starke County, but Gongwer says he hasn't had any recent patients infected with either.

"It can help reduce the number of mosquitoes that you have," Gongwer said.

The doctor also advises extra precautions if for taking a family trip, especially to an area where West Nile, Zika, or any other major illnesses have gone mainstream.

"For people that are traveling abroad, they certainly must be aware of getting fever, and malaria," Gongwer said.

As for Bamberg, his family is taking a stay-cation instead of vacation, but he says it's still important to stay alert for his family.

"You want to be safe, healthy, and have a long productive life," Bamberg said.