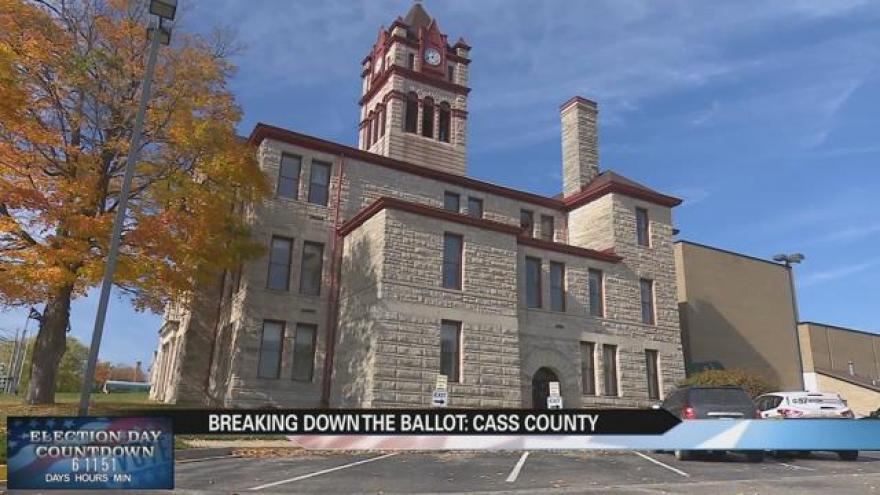 Michigan voters are showing urgency to hit the polls even if they aren’t too excited about their picks for president.

Local officials are hoping the enthusiasm to vote will also convince citizens to approve three millage proposals in the county.

In Cass county, absentee votes are up.

There’s still a week to go and the tally is already at 4,500 votes.

“That is a big jump, so we do expect to see a large turn out next Tuesday,” said Cass County Clerk Monica Kennedy.

The presidential election is the main reason for the expected large turnout.

The heated race is inspiring many in the county to secure their votes early, but in some cases, voters are also having second thoughts.

Kennedy says her office has been contacted by a handful of voters that decided to change their votes before Election Day.

“Since we don’t have early voting, no one knows your vote, nothing is tabulated until election day, so we are able to spoil your ballots and what happens is those ballots are never opened,” said Kennedy.

But there are still quite a bit of people who are not on the fence.

Many of them, however, are taken aback by the ugly election season.

“I would just like to see whoever gets in, work with the other side and do something for the people who need it desperately,” said Weston.

And a few also have hope in local races, as they can support members from their communities that are looking to lead.

“[They] live here, they live just down the street, so they knows what’s going on and what the issues are,” said voter Denise Miller.