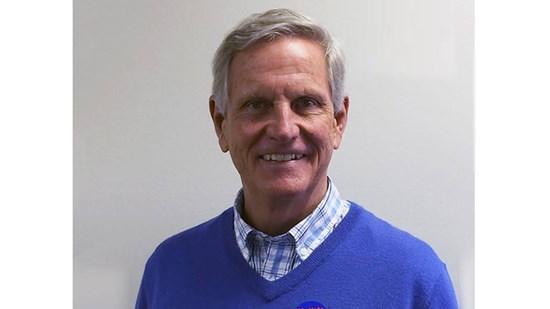 US Senate candidate Baron Hill announced Monday he is withdrawing from the race for the Indiana Senate seat.

He released a statement Monday morning thanking his supporters and announcing his withdrawal.

Following the statement, Indiana Democratic Party Chairman John Zody released a statement that the party would begin the process of filling the ballot vacancy.

I can’t thank you enough for your support over the last year and a half since I first announced my candidacy for the U.S. Senate. We have worked tirelessly to raise money and to build a grassroots network that would hopefully carry us to victory on Election Day.
I got into this race to put Hoosiers first and to always do what’s right no matter the political cost. That’s how I have run each of my races before, and that’s what I have done throughout my time in public service – from the Indiana General Assembly to the U.S. House of Representatives.
I have never run away from tough decisions or tough fights. But, I am a pragmatic person who will always put my country and my state first. I am also a proud Democrat who wants to see an Indiana Democrat fighting for Hoosier families alongside Senator Joe Donnelly in the U.S. Senate. And, I want to do everything in my power to ensure a U.S. Senate that will govern responsibly.
That is why, after consulting with my family, my staff and party leaders, I am withdrawing from the U.S. Senate race and removing my name from the November ballot.
While our campaign had been making great progress and building momentum all over Indiana, it is simply not enough to fight back against the slew of out-of-state, special interest and dark money that is certain to come our way between now and November.
Democrats have a very real chance at winning this Senate seat, especially with a strong nominee who has the money, name identification and resources to win. I do not want to stand in the way of Democrats winning Indiana and the U.S. Senate. That would not be fair to my party or my state. And, the stakes are far too high in this election not to put my country above my own political ambitions.
In accordance with Indiana law, I have filed the necessary paperwork to withdraw from the race and I have notified Indiana Democratic Party Chairman John Zody. The Indiana Democratic Party’s State Central Committee will now undertake a process to fill the vacancy with a nominee who will win in November.
To those of you who have been with me from the very beginning and who have contributed to this campaign or any of my previous campaigns, I cannot thank you enough for the support you have given to Betty and me. We are eternally grateful, and your faith in us will never be forgotten.
While I am withdrawing from this race, I intend to stay involved and do everything I can to help elect a Democrat to the U.S. Senate. I hope you will continue to do the same.
May God bless you and your family, and may He continue to bless the great state of Indiana.

Baron Hill is a friend and a mentor, and I am proud to know him. His service to this state has always come from the heart – he is one of the most principled people I have ever had the pleasure of knowing. Congressman Hill has informed me of his withdrawal from the U.S. Senate race, and as State Party Chair I will begin the process for the Democratic State Central Committee to fill the ballot vacancy in accordance with Indiana state law.