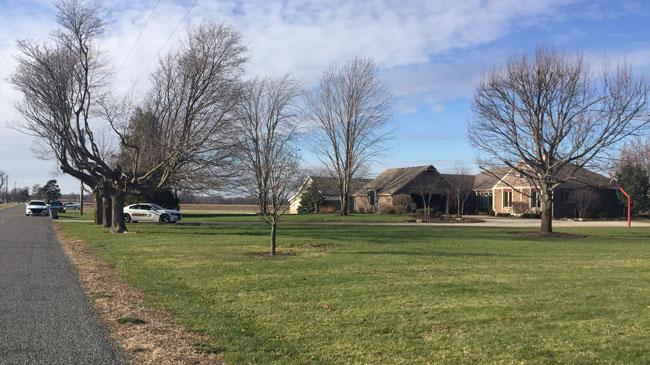 The Elkhart County Sheriff's Department successfully arrested a man who had barricaded himself inside a home in the 12000 block of CR52 early Wednesday morning.

Deputies responded around 4:31 a.m. to an alarm at the residence.

After searching the home, deputies located a subject hiding in the attic.

The man, identified as 25-year-old Shawn Arnold of Wawaka, Indiana, told deputies he had a firearm and was going to shoot officers.

After an eight hour standoff, Arnold was apprehended by a police K-9 unit from the Indiana State Police around 12:53 p.m.

Arnold was bitten by the K-9 and was treated for those injuries.

It took six law enforcement agencies over eight hours to take Arnold into custody. A helicopter, robot, K9 unit, and specialized tactical teams were called in.

He was taken to the Elkhart County Correctional Facility on preliminary charges of burglary, resisting law enforcement and possession of stolen property.

ABC57 News learned Arnold has criminal record. According to the Indiana Department of Corrections, he was previously convicted of burglary, forgery, and theft.