Belcher sentenced for the murder of Jeremy Miller 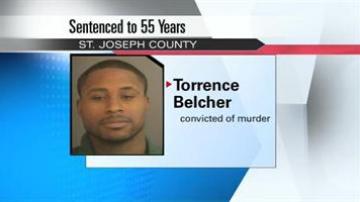 In court Thursday, Belcher wrote a letter to the court saying he never wanted any of this to happen and that he doesn't know why he did it.

He added he was deeply sorry.

Belcher killed Miller whose body was found in a car in the middle of the road on Hoosier Avenue in the early morning hours of October 30, 2011.

Miller's father spoke to the court Thursday. He said his son was 22 when he was murdered. He then broke down crying and had to take a break.

Oscar, the victim's Godfather, read the father's letter to the judge. It said, "I died inside the day I lost him."

The letter from the father also said that he wished he could trade places with his son and that no son should die before his father.