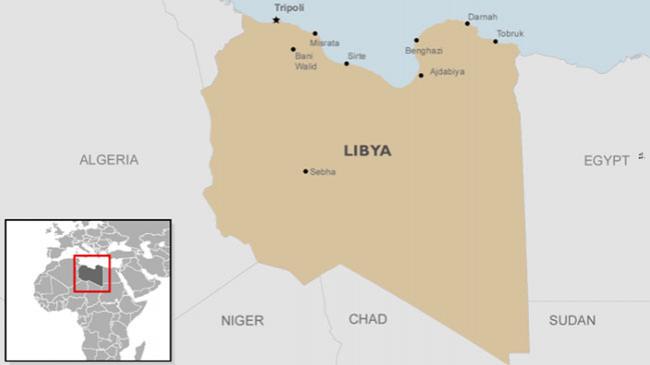 WASHINGTON (CNN) -- House Republicans capped a partisan, two-year investigation of the Benghazi terror attacks Tuesday with a report that contains no significant revelations about the events that led to the deaths of four Americans but faults the Obama administration for security lapses.

The more than 800-page report paints a picture of a perfect storm of bureaucratic inertia, rapidly worsening security in Libya and inadequate resources in the months that led up to the killings of Ambassador Chris Stevens and three colleagues on September 11, 2012.

The attack was initially thought to be perpetrated by an angry mob responding to a video made in the U.S. mocking Islam and the Prophet Mohammed, but the assault was later determined to be a terrorist attack -- a finding Republicans accused the White House of covering up to protect President Barack Obama's re-election prospects.

The House Benghazi Committee report doesn't directly blame Hillary Clinton, who was secretary of state at the time and is now the presumptive Democratic presidential nominee, for the attacks. But it does suggest she and other administration officials did not adequately address the risks involved. It also found Stevens himself bore responsibility for securing his post.

When it comes to Clinton, the report stresses that intelligence was available suggesting an attack was possible and she and a top aide, Patrick Kennedy, should have realized the risks posed to the Benghazi mission by extremist groups.

"It is not clear what additional intelligence would have satisfied either Kennedy or the Secretary in understanding the Benghazi mission compound was at risk -- short of an attack," the report says.

Clinton told the House Benghazi Committee last year that she was aware of the dangers in Libya but "there was no actionable intelligence" indicating a planned attack.

The report reveals that Stevens and senior department officials were apparently keen to set up a permanent consulate in Benghazi ahead of a planned visit to the city by Clinton in October 2012. But the difficulty finding a suitable secure facility prompted officials to exclude the Benghazi compound from official department rules and standards that would have otherwise been more stringent.

"If you are in a non-diplomatic facility, there are no security standards. They don't exist," one unnamed diplomatic security agent told the committee.

Conservative members of the panel released a more political analysis of the attack Tuesday that's far more critical of Clinton and the Obama administration. That study, authored by GOP Reps. Mike Pompeo of Kansas and Jim Jordan of Ohio, blames the attack on a "tragic failure of leadership."

Their decision to release an addendum to the main report appears to suggest that Pompeo and Jordan believe the committee report does not go far enough in criticizing Clinton and the administration.

"The overall report, it's about the facts, what happened," Jordan told Chris Cuomo Tuesday on CNN's "New Day." "But Mr. Pompeo and I thought it was important to ask the questions. Why were we still in Benghazi when almost every other country had left? Why did we stay in Benghazi when the security situation was so terrible, so dangerous? And why did the administration mislead us?"

Democrats pre-emptively rebutted the findings Monday by releasing their own dissenting report. They accused Gowdy and the committee of flagrant political bias while arguing the investigation wasted taxpayer money to try to damage Clinton ahead of the November election.

State Department spokesman Mark Toner said "the official facts surrounding the 2012 attacks in Benghazi have been known for some time."

He cited "great progress towards making our posts safer since 2012" and said "our priority continues to be carrying out our national security mission while mitigating the risks to our employees."

"Democrats offered to work with Chairman Gowdy on a joint report, and we even offered to give him a draft of our report ahead of time," Cummings said. "Instead, he mocked our idea and decided to go it alone right before the presidential conventions. We can't comment on his partisan report because we haven't read it, and we haven't read it because Republicans didn't want us to check it against the evidence we obtained."?

The Clinton campaign said the committee is "finishing their work in the same, partisan way that we've seen from them since the beginning."

"In refusing to issue its report on a bipartisan basis, the committee is breaking from the precedent set by other Congressional inquiries into the Benghazi attacks," the campaign said in a statement.

South Carolina Republican Rep. Trey Gowdy, the committee chairman, defended his committee's work, insisting the panel uncovered valuable new evidence that should change how the events in Benghazi are viewed.

Adding texture to the public record

Tuesday's report includes testimony from senior State Department and intelligence officials along with lower-ranking diplomats and diplomatic security agents. It adds color and texture to the public record of the attacks already unveiled by multiple congressional and independent investigations.

It shows that the State Department assessment of the situation in Benghazi in 2011 and 2012 noted rising crime levels, rampant firearm ownership, and a high risk of militia violence in the security vacuum left by the toppling of Libyan dictator Moammar Gaddafi. The precarious security situation, according to the report, was exacerbated by inadequate security at the Benghazi outpost, which was plagued by equipment failures, a lack of manpower and relied on an often-disorganized local militia for protection.

The report says requests for more security in Benghazi repeatedly met no response or were refused by senior officials in Washington, though the parts of the report seen by CNN do not directly lay the fault at Clinton's door.

The full details surrounding the attack may never be fully understood, the report says. The panel blames Clinton and the State Department for failing to turn over all emails from her private server -- an omission it describes as "shameful."

But Mark Toner, the State Department spokesman, said officials went out of their way to cooperate.

'When combined with the seven previous Congressional inquiries, the Department has participated at least in 15 hearings, 64 briefings, 72 interviews, and has provided 100,000 pages of documents," Toner said, adding that the panel requested huge volumes of information over a long period of years that was not relevant to the Benghazi tragedy.

The tenacity of Chris Stevens.

The report reveals the determination of Stevens to keep the post open in Benghazi --- "Chris had, I think a different tolerance of risk than I did," said Joan Polaschik, former U.S. deputy chief of mission in Libya.

-- After the fall of the Gadhaffi regime in 2011, one of Clinton's top State Department aides, Jake Sullivan, asked a colleague what it would take to get a team back to the Libyan capital of Tripoli to re-open the U.S. embassy.

-- "An ambassador to Libya who actually wants to go. Locking Pat Kennedy (then Under Secretary for Management) in a closet for long enough to actually take some real risks," the colleage emailed back.

-- In testimony to the committee, Charlene Lamb, formerly a senior State Department official, said that Stevens was ultimately responsible for security at his post. "It is very unfortunate and sad at this point that Ambassador Stevens was a victim, but that is where ultimate responsibility lies."

Throughout late 2011 and through 2012, security became perilous in Benghazi and there were at least two attacks on the compound and on diplomats and other international facilities.

-- A diplomatic security agent in the city in November 2011 told the committee that security was "woefully inadequate" with no perimeter security, low walls and no lighting.

-- The report said the Benghazi mission made repeated requests for new agents in late 2011 and early 2012. After a series of attacks on international targets in the city, more requests were made. But "no additional resources were provided by Washington D.C. to fortify the compound after the first two attacks. No additional personnel were sent to secure the facility, despite repeated requests for security experts on the ground."

-- At one point, then-State Department spokeswoman Victoria Nuland emailed Stevens to ask how to publicly describe the security incidents in 2012 : "Washington D.C. dismissed Stevens' multiple requests for additional security personnel while also asking for help in messaging the very violence he was seeking security from," the report said.

-- The report, citing a cable from the U.S. embassy in Tripoli, suggests there simply were not sufficient resources in the unstable nation to send to properly protect Benghazi. In early August 2012, there were only 34 security staff at the embassy. By the end of the month there were only six.

-- Such shortages might explain the overreliance on the February 17 local militia in Benghazi to help secure the outpost -- but a diplomatic security agent quoted in the report said the group was "undisciplined and unskilled."

-- In 2011 and early 2012, security sometimes became so difficult in Benghazi that staff were unable to do their jobs reaching out Libyans to report back to Washington on the restive political situation in the city. But the report says that in February 2012, the lead diplomatic security agent at the Tripoli Embassy told the post that "substantive reporting" was not its job anyway.

"[U]nfortunately, nobody has advised the (principal diplomatic officer) that Benghazi is there to support [redacted] operations, not conduct substantive reporting," the agent wrote, in a possible sign that the primary purpose of the mission was in fact to support the CIA.

-- The report also finds that the military did not carry out then-Defense Secretary Leon Panetta's order to deploy U.S. forces to help rescue Americans under fire in Benghazi.

"What was disturbing from the evidence the Committee found was that at the time of the final lethal attack at the Annex, no asset ordered deployed by the Secretary had even left the ground," the report says.

-- The panel also argues that initial administration talking points framing the attack as the result of an angry protest over an anti-Muslim video released in the U.S. were drawn up by administration officials and did not include accounts from eyewitnesses or the Americans under attack.

The report quotes an agent at the Benghazi compound as hearing chanting before a full-on attack begins, including explosions and gunfire and "70 people rushing into the compound with an assortment of "AK-47s, grenades, RPG's ... a couple of different assault rifles."

Another security officer described the assault as "a full on attack against our compound."

Asked if he had seen a protest before the attacks, the officer said: "zip, nothing, nada."