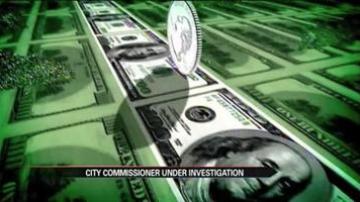 BENTON HARBOR, Mich. -- An investigation into Commissioner Trenton Bowens was triggered by the election that took place in November.

The most controversial thing on the ballot was the city income tax, it was voted down but now Berrien County and the state of Michigan are investigating Bowens' campaign funds.

Commissioner Bowens was the person who originally proposed the Benton Harbor city income tax and he was one of many who fought to put it on the ballot.

Here’s why: When a proposal makes it on a ballot, the person behind it, in this case Commissioner Bowens, must report any money they receive or spend over $500 to campaign for the ballot initiative.

ABC 57 requested Bowens' campaign finance reports from the Secretary of State’s office, but we have not received them yet.

Consequences for not properly reporting campaign funds can range from the elected official being fined by the state, to being charged with misdemeanors, but it does not affect the official's standing in office.