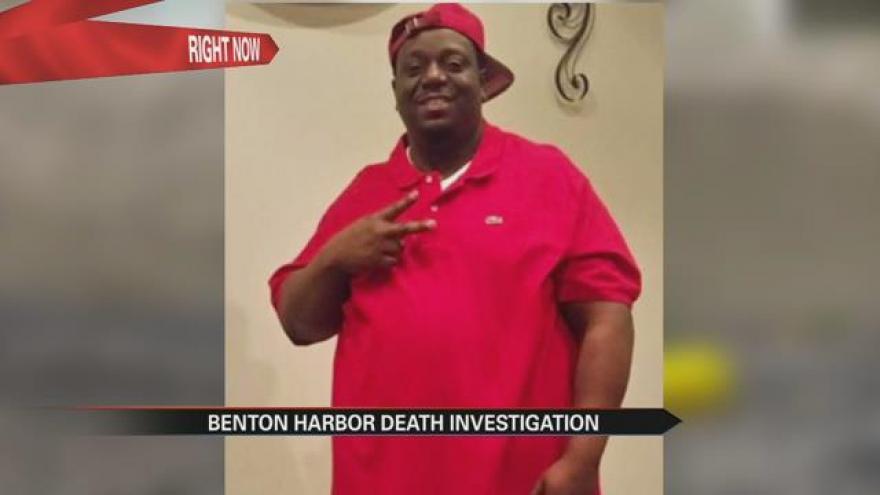 A man is dead after being shot at a Benton Harbor apartment complex overnight and police have no suspects.

"I heard a few shots. And I heard a loud boom, and I looked out my bedroom window, and I saw a car crash into another car," recalls Jasmine Poole, a resident of Hayward Wells Estates.

"I hope nobody died. That was my first thought," adds Toni Williams. "Because you never know."

A quiet Thursday night at the Hayward Wells Estates was rattled, after sounds of gunshots and a loud collision shattered the air.

"It scares me. You never know what's around the corner," explains Williams.

Onlookers, like Williams, say they had no idea what was going on, as police and an ambulance took over the complex's parking lot.

It was later revealed that 37-year-old Tavaris Brummette had been shot.

"He crashed into a car after the shooting," says Poole. "I heard a loud boom and that was him crashing into the car."

The car is still parked at the scene. The dents and scratches on the car, and scraps of police tape, is all that is left of the shooting.

Brummette was someone Poole knew and loved for nine years.

"He was a good person. A real good person. He always had you laughing, like no matter what the situation was, he kept a smile on his face," she remembers.

Brummette was rushed to Lakeland Hospital, less than three miles away, but was pronounced dead there.

The community is now mourning the man they called "Gator."

"Everybody in the community is hurt by this," says Poole. "This is just unexpected."

But they hope this will be a wake up call, shedding light on the rising rates of crime and shootings in Benton Harbor.

"[We] need to start caring because we're losing a lot of good people," explains Poole. "The crime is just too much. Every time you turn around, there is somebody dead. It's too much."

Benton Harbor police say they are interviewing numerous people, but they do not have a suspect at this time.