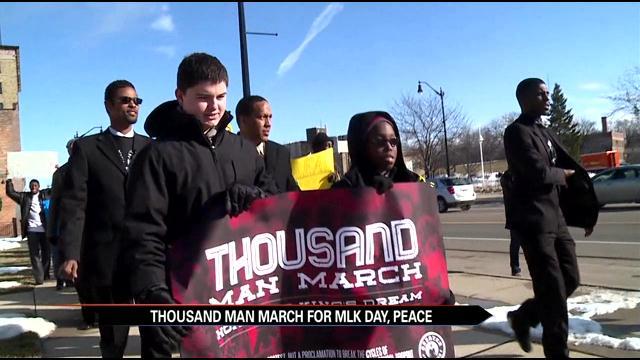 Marchers say the rally was also about spreading peace after recent violent events like in Ferguson, Missouri.

The day started with a prayer followed by a peaceful march downtown.

One of the marchers, Carolynn Irby, is also a graduate student at Andrews University. She says she was surprised to see the big turnout.

“I'm just really overwhelmed to see the number of people who came out here to support!” says Irby. “I think today is a small step towards making a difference.”

William Pergerson is one of the organizers of the event put on by the organization “Greater Young Men.”

Pergerson says this march was a symbol of resolution to those affected by recent acts of violence in the country.

“If someone is hurting, we're all hurting,” says Pergerson.