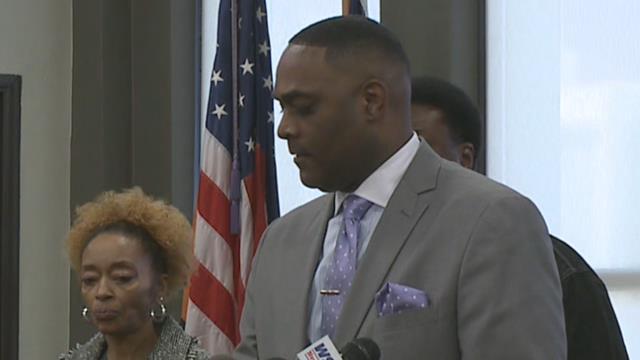 Calls for answers regarding the death of a Berrien County Jail inmate grow louder in Benton Harbor.

Wednesday, the mayor announced his support for the family of Martell Hadley and demanded a transparent and clean investigation into how he died.

While the family is hinting at foul play, the mayor said he will not make assumptions until all the facts are in.

“When someone is found hanging in a jail cell that automatically raises questions, just period,” said Mayor Marcus Muhammad.

Questions continued to go unanswered as Berrien County Sheriffs investigate the recent death of an inmate.

Martell Hadley was found hanging in his cell Saturday, but friends and family say they knew a different Martell.

“He was always happy which is why kind of the whole thing doesn’t make sense,” said Martell’s friend Jared LaFond.

LaFond says Martell was a loving father and friend that might have lost his way but would never take his own life.

“He was always happy laughing, we were always joking around and stuff he had his kid so he was always about doing his business and always seemed to be doing good,” he said.

According to an autopsy report released by police Sunday, Hadley died of asphyxiation from the hanging.

By Wednesday, a few city officials asked how this could’ve happened under the jail’s watch.
“That institution, who is responsible for the protection and safety of that inmate,” said Mayor Muhammad.

The mayor says as of his press conference, he hadn't received a formal statement from the jail clarifying details in this case.

So he’s supporting the community’s cries for answers until they get it.