Benton Harbor mayor reaches out to residents via YouTube 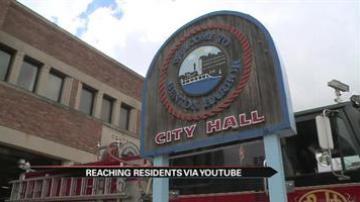 BENTON HARBOR, Mich. -- The mayor of Benton Harbor is taking to YouTube to post weekly addresses to those living in the city.

In the video, he breaks down what the city is planning to do once the emergency financial manager leaves.

"The city is now moving back toward local control. The state is currently reviewing application for debt transfer.  When that is approved, the deficit will be eliminated, and with that there will be no need for an emergency manager," said Mayor Hightower.

In the video he also explained that the city commission is starting classes this week teaching them the basics of local government, council rules, responsibilities, and ethics.

The video has been seen more than 150 times.