Benton Harbor School Board will approve closing of Sorters School 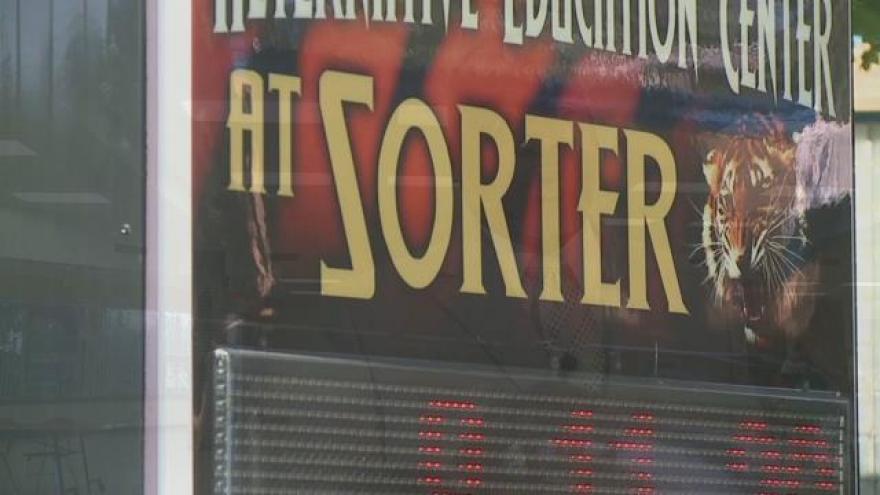 Students are being affected by the debt crisis in the Benton Harbor School system.

At Tuesday night's school board meeting, the acting superintendent announced that the Alternative Education Center at Sorter will be officially closing this school year.

Acting superintendent Gregory Weatherspoon said the school is borrowing money to pay back borrowed money and he's willing to take radical measures to get their finances back in the black.

Due to aging infrastructure, maintenance costs are soaring at the old Sorters School building, and last year Weatherspoon said there was record low attendance.

Only 72 students were enrolled and he said only a small percentage showed up for class every day. The teachers who taught at the Alternative Education Center will start teaching at other schools in the system.

Weatherspoon said, "We're going to peel off the sixth, seventh and eight graders and let them stay in their schools, there are four of them. Then the principals will work with them to work through their discipline problems. Only the high school students will come up here to the high school."

Weatherspoon said the board plans on voting to sell and officially close Sorters School at a special meeting that hasn't been scheduled yet.

Labralia Allen said her 4 kids and 3 grandchildren all attended Sorters when it was an elementary school.

Allen said, "They had closed it up for a while before the alternative school and it was kinda sad to see it sit there and not used."

The school board plans on closing two other facilities in 2016.