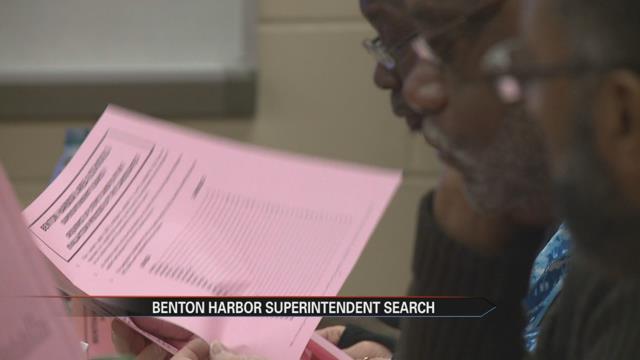 A lot of interest in the superintendent position pushes Benton Harbor schools closer to finding a new leader of the district, but their search saw a minor setback Friday.

Although the names of the candidates’ weren’t released to the public today as planned, we’re learning just how competitive the job has become.

Miscommunication between the board and their search firm put a halt to public interviews with the candidates scheduled for today.

The firm believes many of the 10 prospects are in other high-ranking positions across the country so for now the finalists have to remain anonymous.

“This is not what we expected, this was one of those variables that we did not see coming,” said School Board President Sharon James.

James apologized to a modest crowd of parents who were looking forward to meeting the next leader of their children.

“You can see that we set up for the public to be a part of this process and were advised legally otherwise,” said James.

The change in their plans called for the discussion of the superintendent candidates to be handled in a closed session meeting with the board.

“There was protective legal factors there that we had to comply with,” said James.

In this case, the identities of the candidates were being protected for now.

The search firm says it’s because these are top prospects from all over the country.

And that nationwide interest the board says illustrates the district’s growing appeal.

“One thing that it does is it destroys the rumor that Benton Harbor is so horrible that no one will want to come and work here,” said James. “It definitely does away with that.”

The board is looking for a candidate with a strong turn around competency and is well-versed in diversity.

The president plans to have an update from the closed session meeting at Tuesday’s board meeting.