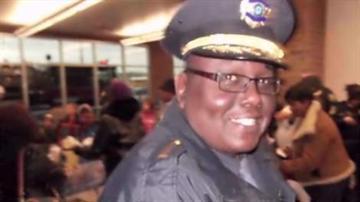 BENTON HARBOR, Mich. -- Benton Harbor's Public Safety Department Director has been put on administrative leave.  There are two fire tests that have to be passed in order for someone to legally head a public safety department, Roger Lange has not taken these tests yet. Until he does, the city says he will not be able to return to work.

The most recent MIOSHA investigation into the department uncovered that Lange never took Fire I and Fire II exams.

Commissioner Muhammad says this decision is not connected to the other two high-ranking public safety officers who were let go a couple months ago.

"This is coming from the top. I don’t think that this was a decision by our emergency manager, with the MIOSHA report, a lot came out," said Commissioner Muhammad.

Instead, he says it has everything to do with addressing some of the red flags the were raised by the state's investigation into the fire that Lieutenant Doug Bell nearly died in.

"The unfortunate thing about being in leadership when things go wrong and bad things happen, ultimately the buck stops at the top," said Muhammad.

Lange’s administrative leave is temporary. The city says he can return back to work once he passes the exams.