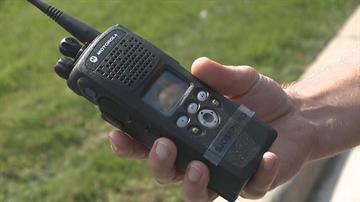 NILES TOWNSHIP, Mich. - A rash of robberies along the state line has police changing their strategies.

This week officers with Berrien County Sheriff’s Department installed radios to communicate with other officers in St. Joseph County Indiana.

“Recently we’ve had a rash of robberies on the state line of businesses and our deputies didn’t know about it until 10 or 15 minutes later,” said Berrien County Sheriff Paul Bailey who worked with Saint Joseph County Sheriff Mike Grezgorek to finalize the plan.

“There was no communication,” said Niles Township Lieutenant Steve Campbell.

Before radios were installed in Niles Township squad cars this week, the Saint Joseph County dispatch center would have to call Berrien County’s dispatch center to communicate with officers on either side of the state line.

Campbell recalled a recent story where a patrol car in Niles Township was near a get-away car coming from South Bend. “He was sitting in position where he probably could have apprehended or assisted but we never knew.”

“It’s important for us to be able to communicate,” said Bailey.

“If I need to communicate with (St. Joseph County) I just pick it up and talk to them,” said Campbell “And three days ago I could not do that.”